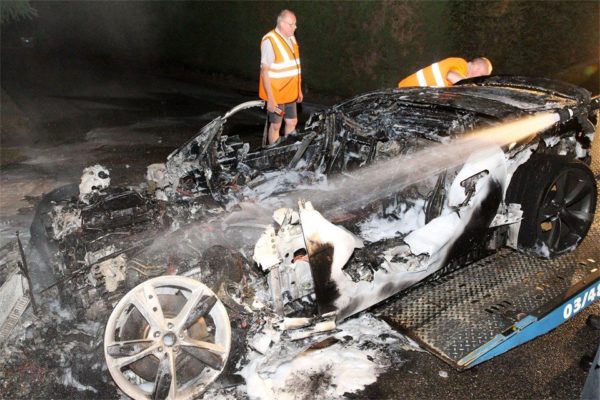 A new Jaguar F-Type caught fire and melted down in Belgium recently. It is being said that the car was being driven by its owner, who noticed some error with the vehicle. Luckily, he was quick to pull over and call Jaguar service line, when suddenly the car caught fire and burned down in front of his own eyes. 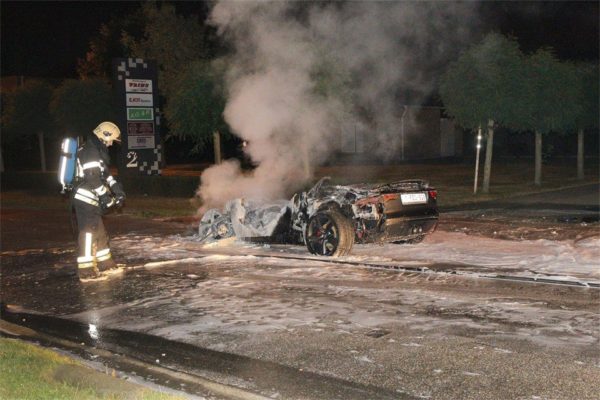 The cause of fire isn’t yet known but an expensive and technologically superior car like the F-Typre catching fire so dangerously does raise some questions. It’s not clear yet whether the owner of the car had performed any modifications on the car, but any possibility, including a faulty electric mod, or even a manufacturing defect cannot be entirely ruled out at this point.

The newly introduced F-Type catching fire isn’t good news for the Tata Motors owned Jaguar Land Rover. The F-Type is a beautiful looking, newly introduced car, and such incidents wouldn’t work well towards creating a positive opinion about the brand. Interestingly, another of the Tata Group car, the Nano got severely hit by such incidents during its early years when it caught fire on more than one occasions. While comparing a Nano with the F-Type would be nothing short of comparing chalk to cheese, this incident, owing to the common parentage of the two cars does remind us here in India of the incidents related to the small car. Tata Motors  voluntarily made some modifications to the sold Nano cars after taking note of the fire incidents. 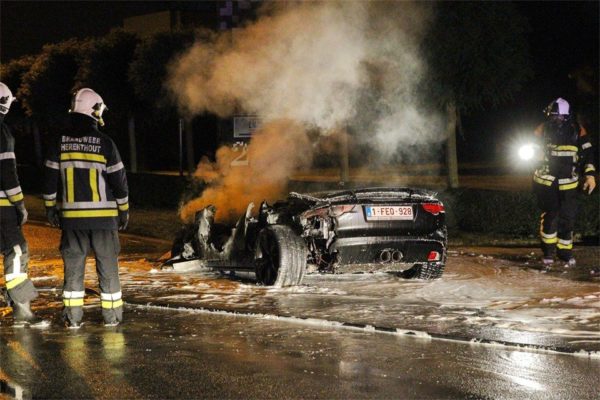 The Jaguar F-Type is a premium car, and this incident would surely be taken seriously by JLR. Investigations are sure to follow, and rely on us to let you know whatever emerges from the probe, if at all the findings are put in the public domain.

The Jaguar F-Type is on sale in India as well,  in two engine variants- V6 S and V8 S. The car comes to us via CBU route. The V6 engine that powers the Jaguar F-Type V6 S displaces 3.0 litres and is forced fed by a supercharger. The engine has a max power output of 380PS. The F-Type V6 S has an electronically limited top whack of 275 kmph. The Jaguar F Type V8 S is powered by a 5.0 litre V8 supercharged engine that has a max power of 495PS. The more powerful variant has a top whack of 300 kmph. Both the engines come coupled with an 8-speed automatic gearbox that transmits power to the rear wheels.