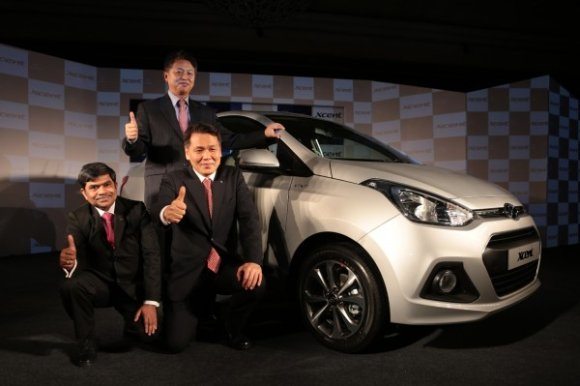 The new Hyundai Xcent compact sedan is based on the Grand i10 and is to the donor vehicle what the Amaze is to the Brio and the Dzire is to the Swift. Quite obviously, the new Xcent measures less than 4 metres in length and benefits from excise duty relaxtions being provided by our Government to such cars. Hence, the new Hyundai Xcent price in India could be ultra competitive.

Visually, with the exception of the rear section, the new Xcent’s exterior body design highly resembles that of the hatchback sibling and the two cars can be seen sharing plenty of body panels. Even on the inside, the two cars looks similar to each other.

Mechanically too, the Xcent remains same as the Grand i10 and is powered by a set of two engines- a four pot, 1.2 litre Kappa2 petrol motor that can be brought with both an auto and manual transmission in the Grand i10, and the 1.1 litre, three pot, CRDi turbo diesel engine that can be had only with a manual ‘box.

Watch out for this space for updates from the new Hyundai Xcent India launch event. 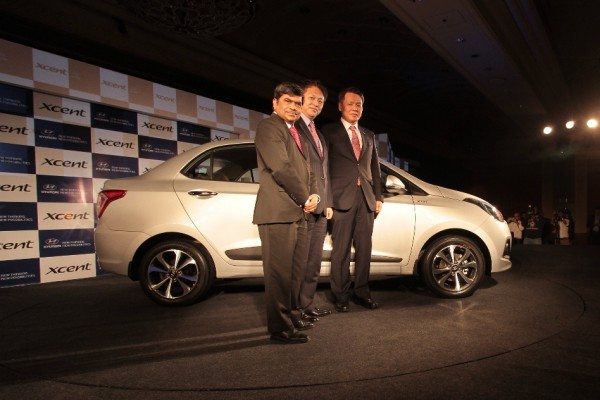