Home Honda Motorcycles and Scooters Is this the Honda CBR300R based CB300F street fighter? 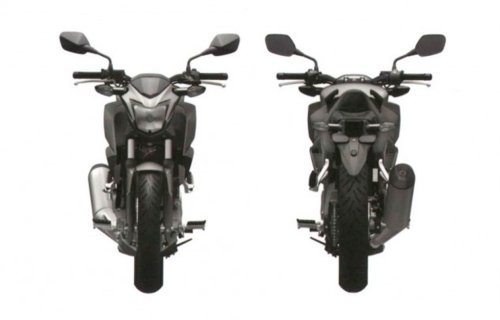 Remember we reported that Japanese auto giant Honda could be readying a street fighter based on the new CBR300R? This speculated CBR300R-derivatice would be launched in an attempt to capture a share of the fast growing street-fighter market. Now, we’ve got our hands on what seem to be design patents of this upcoming model. These patents were filed on 20th December, last year and while mechanically, the bike seems to be highly based on the CBR300R, the styling seems to be inspired from other naked bikes in Honda’s product portfolio. There are good chances that this bike would go on sale under the CB300F moniker and the new Honda CB300F launch could happen sooner than we all have been expecting it to take place.

The upcoming Honda CB300F seems to have taken several design cues from the CB500F street-fighter, which in turn is related with the CBR500. While the front fascia of the bike looks much like the 500cc naked motorcycle, the side and rear panels seem to have been taken from the CBR300R itself. Also can be noticed in these patent leaks are the bike’s  single cylinder engine, frame, 5-spoke alloy wheels and the CBR300R-like swing-arm. 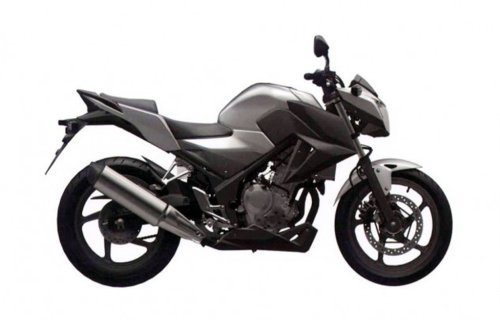 The new Honda CB300F street fighter motorcycle is likely to be powered by the same engine that powers the CBR300R. This engine displaces 286cc and for the fair-ed motorcycle, develops a max power of 31 PS. Quite obviously, the motor would get a re-map for the naked sibling and while the peak power might remain the same, the bike certainly would have a lower top whack.

The Honda CB300F, while being produced alongside the CBR300R, could be priced significantly lower than the donor model. Also, the upcoming Honda CB300F has good chances of making it to India and upon its launch, would be seen locking horns with everything from the soon to be launched Hyosung GD250N to the mighty KTM 390 Duke.

Stay tuned to Motoroids for more updates on the Honda CB300F launch and other details.