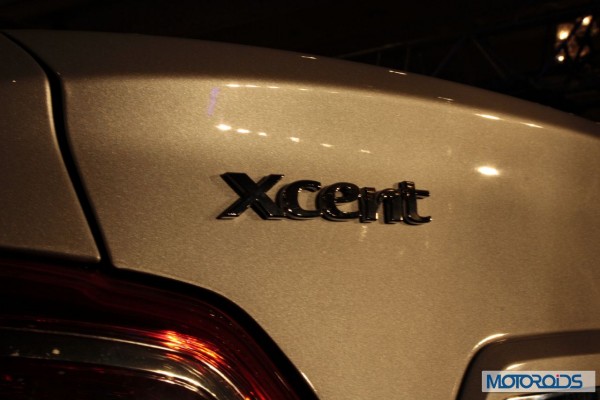 We reported in detail, when the highly an00cipated Hyundai Grand i10 compact sedan was unveiled and here, we have a set of new Hyundai Xcent images.

Hyundai says that the new car is the ‘Accent’ with the ‘X-factor’ and we believe that the nomenclaute is an attempt by Hyundai to capitalize on the recognition of the old generation sedan.

CLICK HERE for our complete coverage of new Hyundai Xcent

The new Hyundai Xcent will greet the show goers at the Auto Expo 2014.

As must be quite obvious, the new Hyundai Xcent sedan will be to the Grand i10 hatchback what the Dzire is to the Swift. The Grand i10 compact sedan is very likely to make it to production in a few months from now and the new car will benefit from excise duty concessions being provided by Govt. of India to cars measuring less than 4 metres in length. 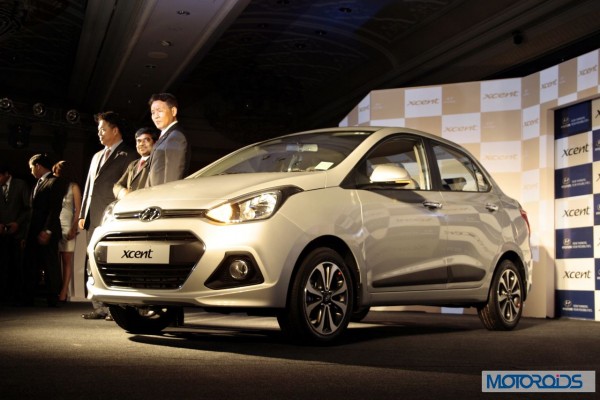 The new Hyundai Xcent is basically a Grand i10 plus a boot and as can be made from these images, sports a rather stubby boot. Apart from the additon of the boot, there is nothing really to differentiate between the hatchback and the compact sedan sibling and unlike what was being speculated, the new car doesn’t receive new rear doors or a new front bumper. The front fascia of the new sedan looks exactly the same as that of the hatchback it is based on.

The rear end of the Xcent boasts of a chunky looking rear bumper, an integrated lip spoiler on the trunk lid and the tail-lamps seem to have been inspired heavily from that of the five-door version.

Go to next page for Hyundai Xcent image gallery