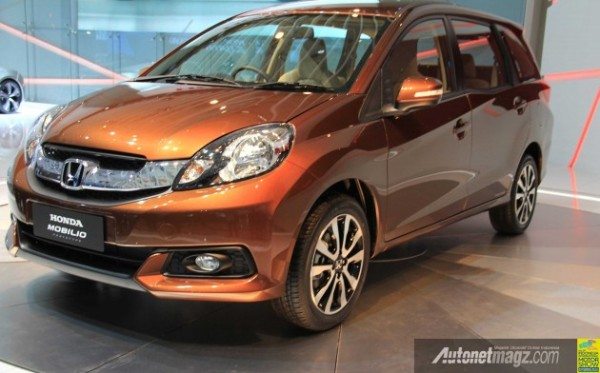 It has emerged that the Brio based Honda Mobilio MPV, which was unveiled at the 2013 Indonesia International Motor Show earlier this year, has garnered as many as 4,500 pre-bookings. The deliveries of the new Honda Mobilio MPV will commence in Indonesia in February next year and the new car will be manufactured by Honda Prospect Motor at its new production facility in Karawang, West Java.

The upcoming Honda MPV will be tailor made for developing markets, such as that of Indonesia and India, and is likely to enter the Indian car market around the festive season next year. The Mobilio will enable Honda to take the fight straight to Maruti Ertiga and the likes.

The Honda Mobilio will be powered by a 1.5 litre, 4 pot, 116bhp petrol engine. However, we expect the Mobilio to get the 1.5 litre iDTEC diesel engine when it comes to our country.

The Mobilio will go on sale in Indonesia for a starting price of 150 million Indonesian Rupiah (approx INR 8.40 lakhs).

Stay tuned to Motoroids for more updates on the Honda Mobilio