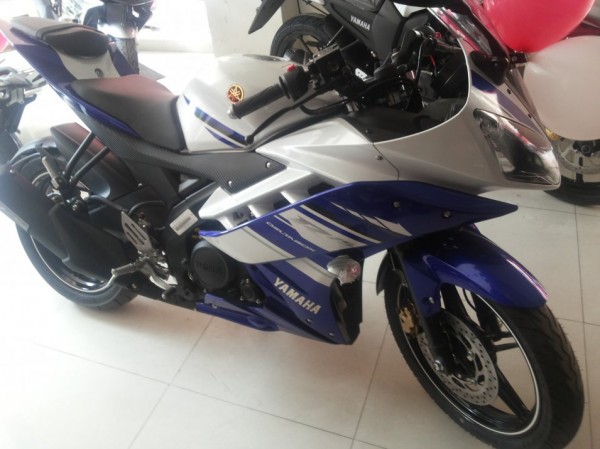 Enough has already been speculated about the upcoming facelifts for Yamaha R15 and Yamaha FZ series. (CLICK HERE to read more about the speculated Yamaha YZF R15 V3.0). Now, it has emerged that the Yamaha R15 and the Yamaha FZ Series of bikes have been given a set of new paint-schemes. Interestingly, these are the same paint options that are being speculated to be offered with the R15 V3.0.

Seen here are a handful of images of the new colour schemes for Yamaha R15 and Yamaha FZ. These images have been taken by Xbhpian Naveen, who claims to have snapped these bikes at a dealership. 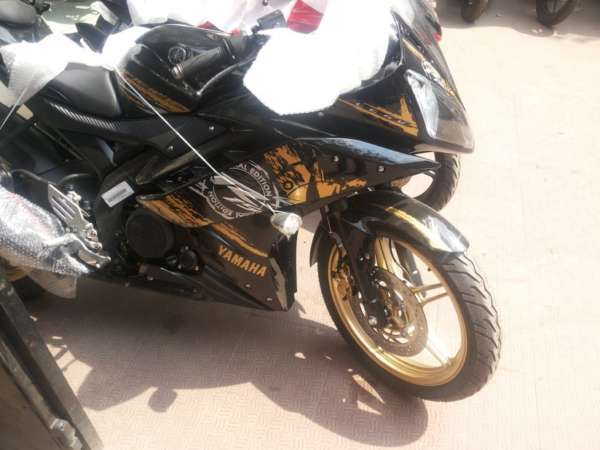 These images reveal two new color schemes for the R15. One of these, the black and gold combo, is a limited edition version that we saw earlier at the Auto Expo this year. The second new color option for the Yamaha R15 is that of the white and red combo.

The FZ-S gets a white and gold paint-scheme that also comes with a set of new body graphics on the tank. The Fazer gets a red and white color combo. 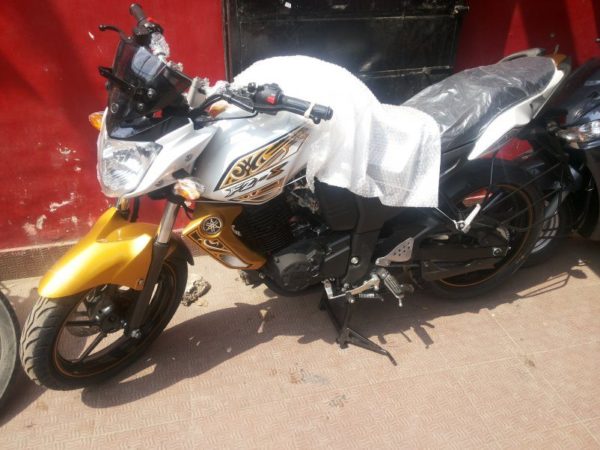 Talking about the upcoming Yamaha R15 V3.0, it is likely to get a set of performance upgrades that would bestow the bike with slightly more power and a new torque curve. The updated R15 is likely to cost the same as the current model. The updated FZ, likely to come soon after the advent of the R15 V3.0, will get split seats, new rear registration plate bracket and a revised digi console. It is being said that the bike could also get an updated engine, with displacement increased to 160cc.