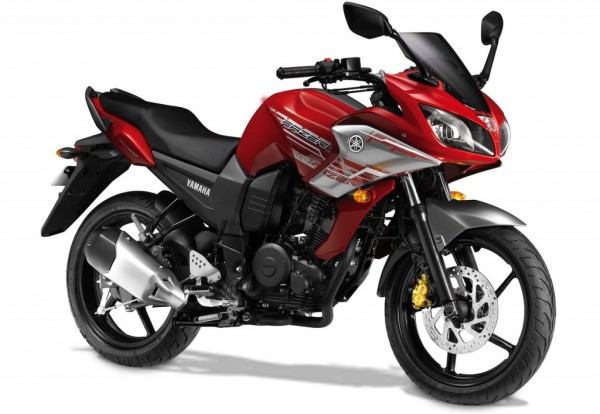 Yamaha Motor India recently launched new color schemes for the Yamaha FZ series of bikes, with the motorcycle getting three new paint schemes for all its body variants. The advent of new color options for Yamaha FZ Series happens sometime after the bike maker launching new colors for the Yamaha R15. The Yamaha FZ V2.0, which will come up with a handful new features and mechanical updates.

Mechanically, the bike continues to remain unchanged and all the three bikes are powered by a single cylinder, air-cooled, 153 cc engine that has a max power of 14 PS at 7,500 rpm and a peak torque of 13.6 Nm at 6,000 rpm. The engine comes mated to a five speed gearbox.

On the other hand , it is being speculated that powering the Yamaha FZ facelift would be a more powerful engine, which could be a re-bored 170cc version of the current engine. Power is speculated to be around 16PS, with torque too being considerably higher. While we aren’t too excited about the new paint schemes that the FZ series has just been bestowed with, we surely await the launch of the updated FZ Series.