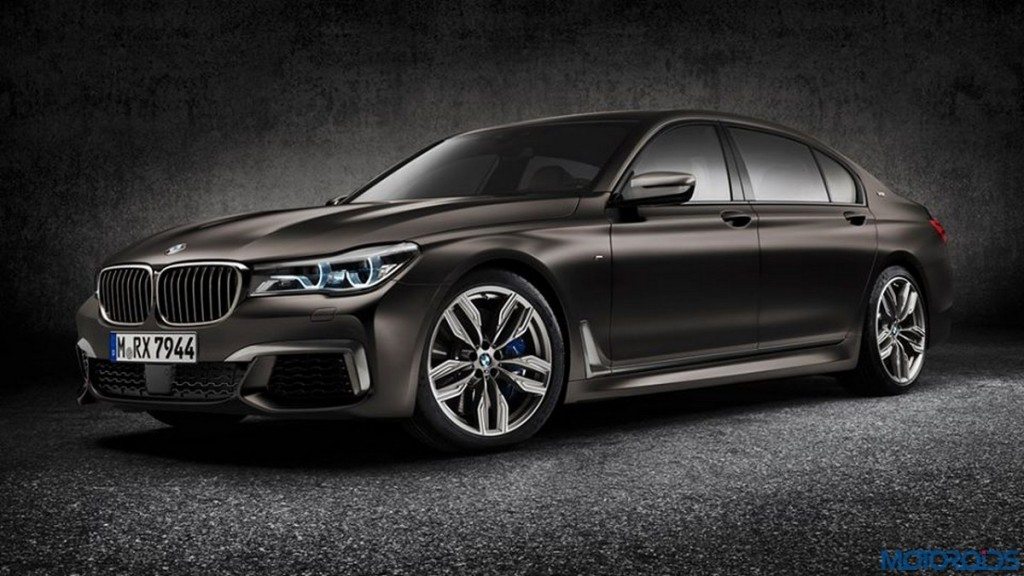 Until a M7 comes along, the new M760Li xDrive V12 is our best bet yet. Along with becoming the flagship model of the new 7 Series, the new M760Li xDrive also brings in a brand new V12 engine.  The 6,592cc M Performance TwinPower Turbo 12-cylinder engine develops an output of 600hp at 5,500rpm and generates its peak torque of 800Nm available from 1,500rpm.This enables the M760Li to accelerate from zero to 62mph in just 3.9 seconds and on to a governed top speed of 155mph. Power is deployed to the road via BMW’s xDrive all-wheel-drive system with a rear-bias, while the engine is mated to a an eight-speed Steptronic Sport automatic transmission with a Launch Control function. 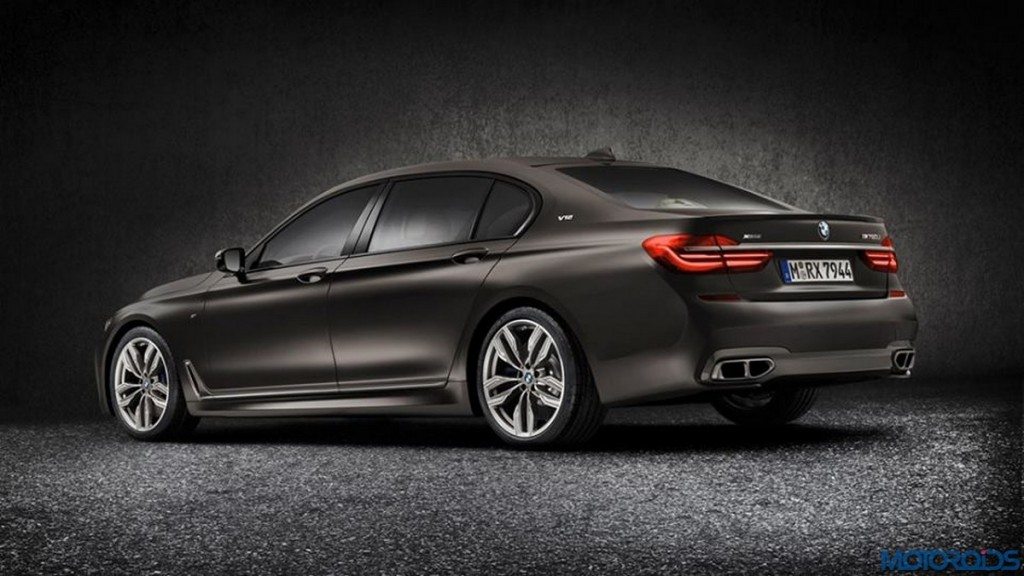 The new model is differentiated on the outside by the M Performance body enhancements, which include a new front apron featuring two large air intakes, new trim elements on the lower edge of the doors including air breathers, and new twin tailpipe embellishers at the rear – all highlighted in “Cerium Grey”. Exclusive mirror caps, “V12” badges on the C-pillars and the M logo on the front wings – once more in Cerium Grey – round things off. An optional M rear spoiler and LED fog lamps are also on the offing. The M760Li also rides on unique 20-inch, double-spoke alloy wheels fitted to Michelin Pilot Super Sport tyres (front: 245/40 R20, rear: 275/35 R20). 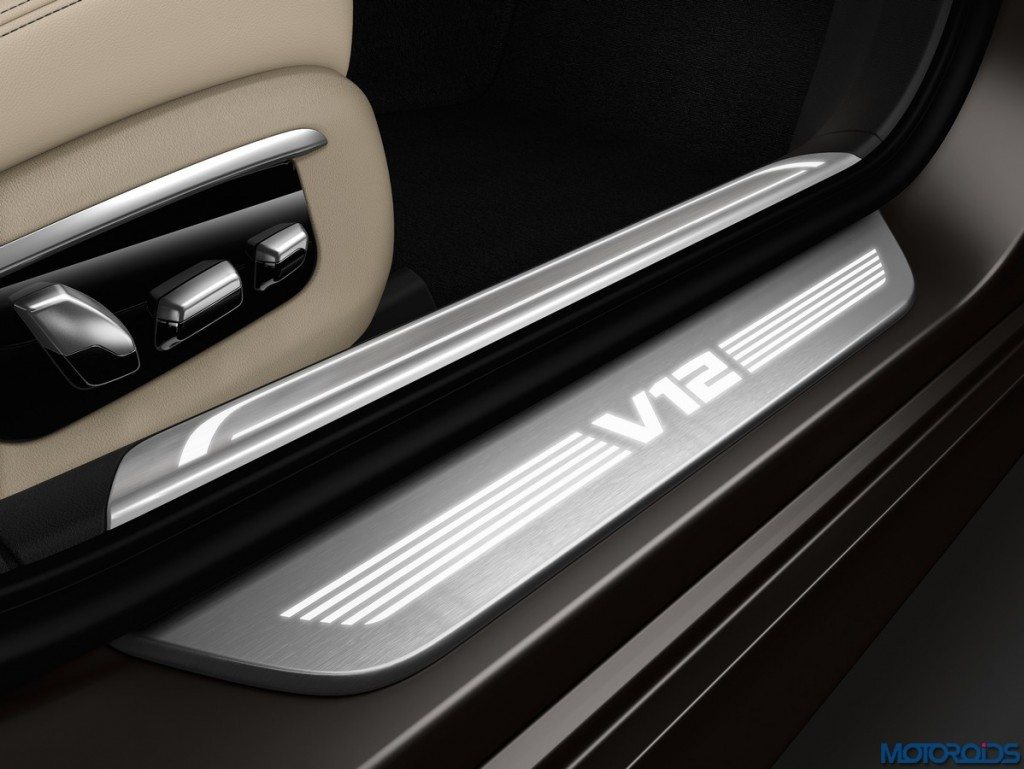 Inside, the door sill plates come finished in “Fine Brushed Aluminium” with an illuminated V12 logo; exclusive M pedals; an M leather steering wheel featuring an M logo on the centre spoke and gearshift paddles on the reverse; multifunction buttons on the steering wheel spokes and the spoke inlays finished in “Pearl Gloss Chrome”. The instrument cluster contains a special speedometer that now extends as far as 205mph, though in the UK the car is electronically-limited to 155mph. 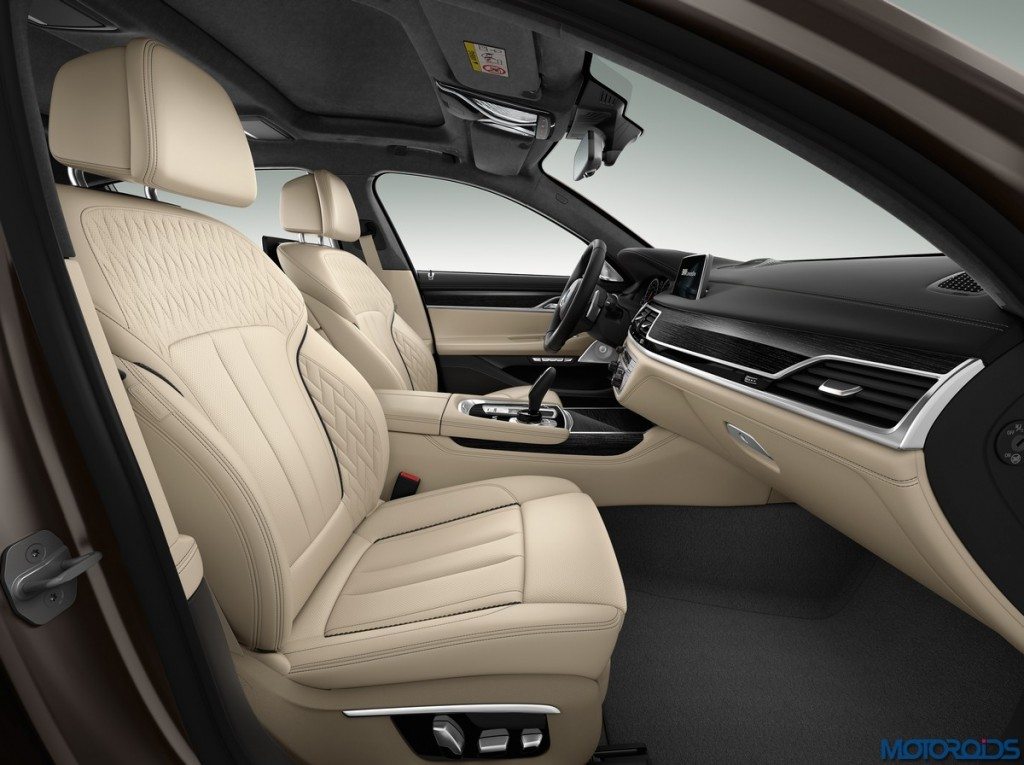