Covers have been taken off the new top-of-the-range Benelli Leoncino 800 at EICMA 2019. A range which also includes a 250cc and a 500cc bike, the Leoncino 800 made its debut in concept form at the same venue last year. Rivalling similarly-styled motorcycles from Triumph and Ducati, the Leoncino could even go on sale in India next year. 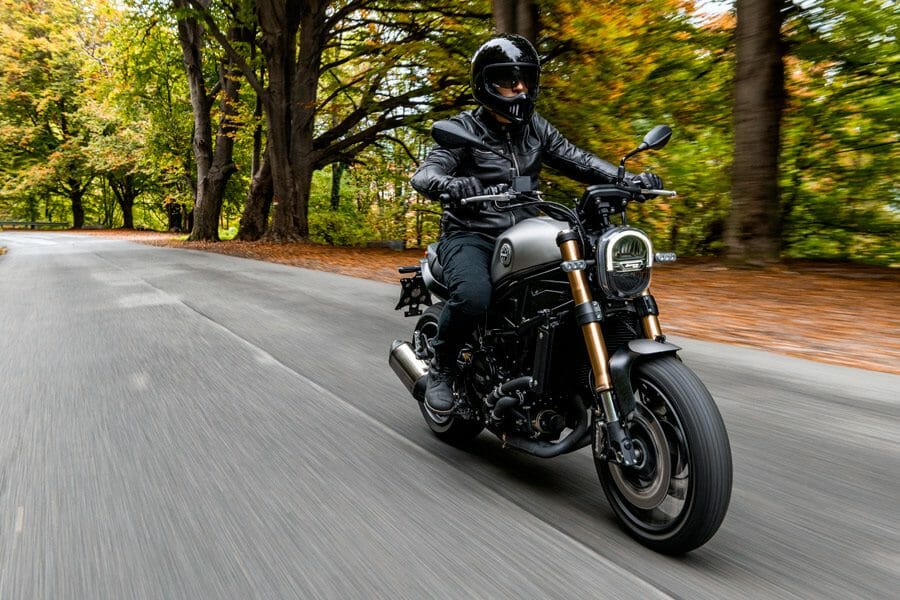 Powering the Leoncino 800 is a 754 cc parallel twin-cylinder, liquid-cooled, 8-valve (4 valves per cylinder, DOHC motor that produces 81.6 hp of peak power at 9,000 rpm and a maximum torque of 67 Nm (6.8 kgm) at 6,500 rpm. The engine is paired with a 6-speed gearbox. The Benelli Leoncino 800 is built around a tubular truss frame and the styling hasn’t strayed too far from the concept which we saw last year. 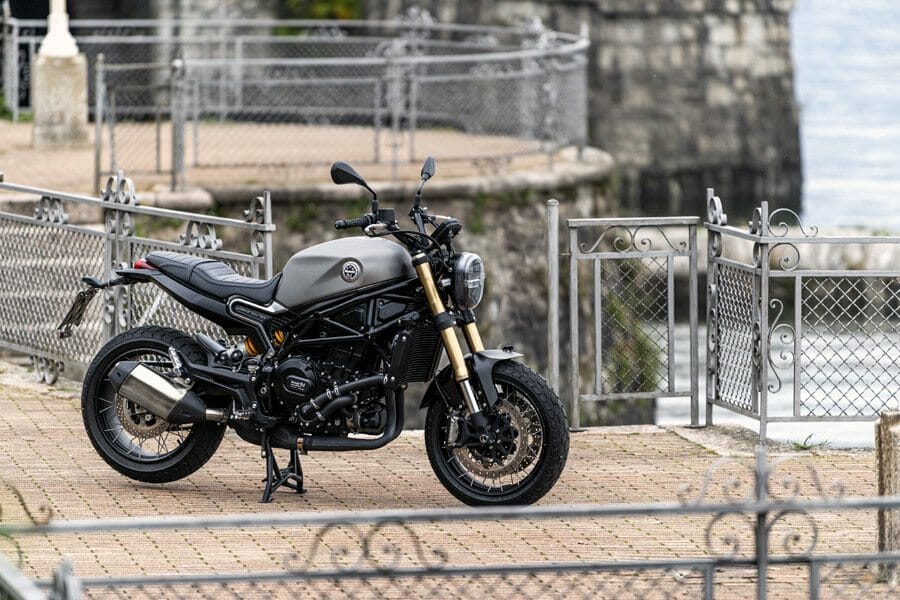 The Lion of Pesaro motif sits on the front fender and illumination all around comes from LEDs. The bike is equipped with a 15-litre fuel tank and is followed by a single-piece, step-up saddle with a ribbed pattern on the seat cover. Unlike the concept motorcycle, the Leoncino 800 uses conventionally placed blinkers and licence places, as opposed to the tyre-hugger mounted number plate and blinkers on the concept bike. 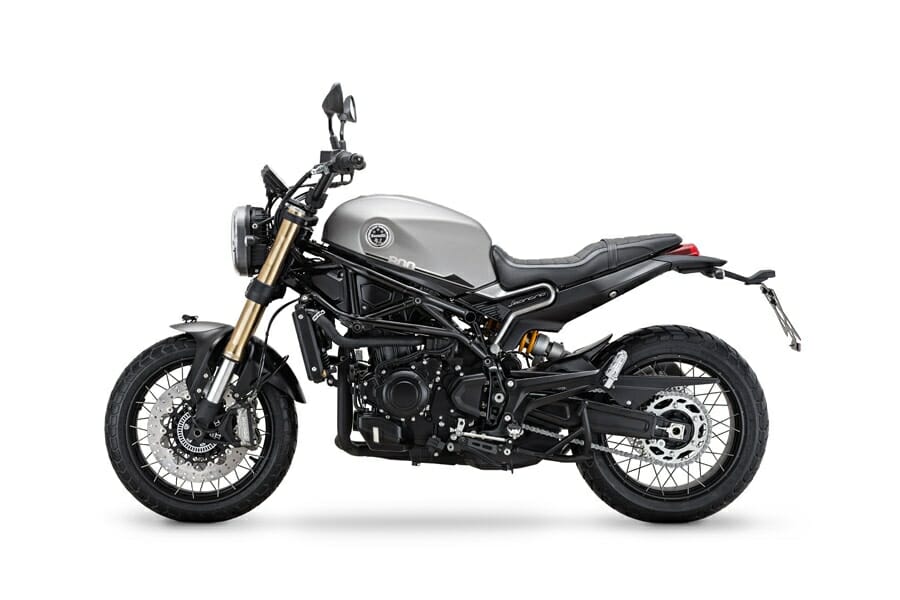 The bike will come fitted with a cross-spoke wheel design which enables the installation of tubeless tyres to the motorcycle. Other key features include a TFT instrument console and in the suspension department, the Leoncino 800 gets 50 mm Marzocchi upside-down front forks and central mono-shock at the back. 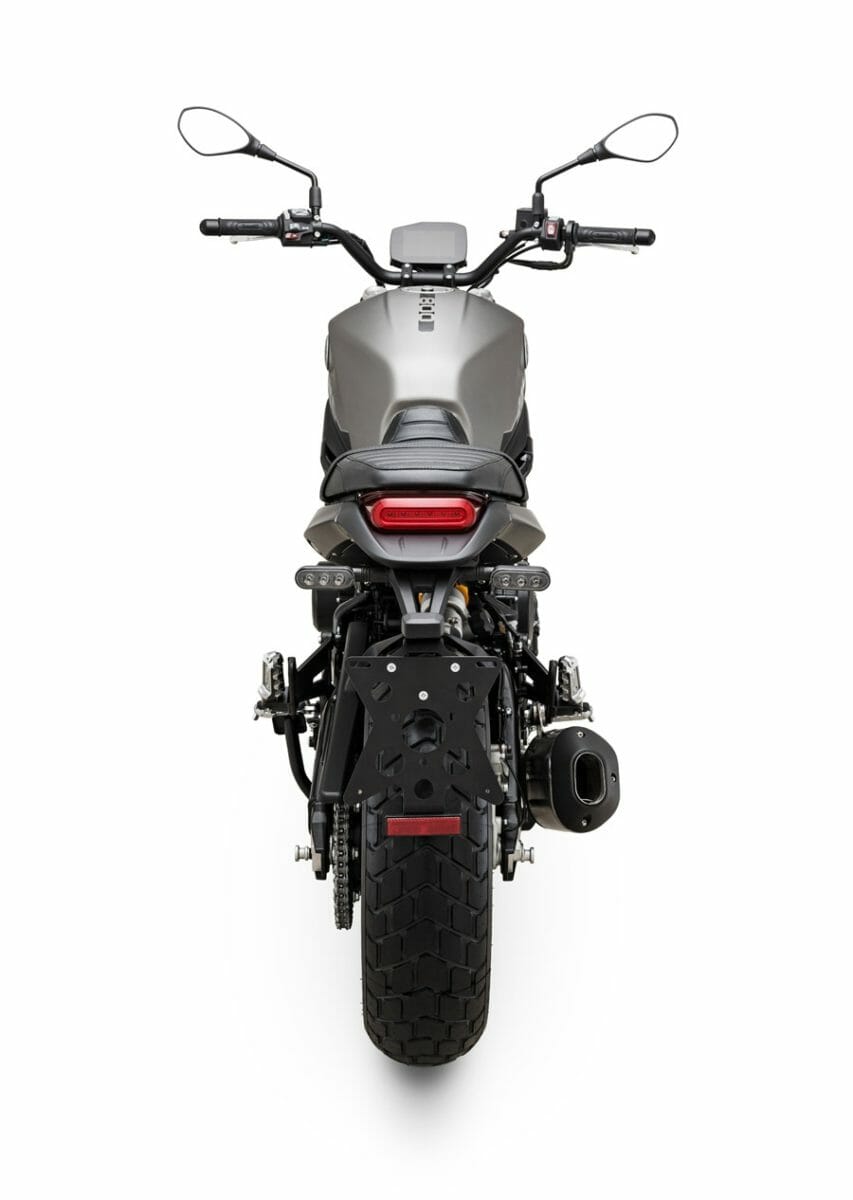 Braking is courtesy of    Brembo and includes 320 mm semi-floating double front discs with four-piston radial monobloc callipers and a 260 mm single rear disc with a double-piston calliper. The 17-inch wheels are wrapped in 120/70-17 front and 180/55-17 rear tyres. The bikemaker has confirmed that this motorcycle will be in dealerships internationally around mid-2020. Expect the bike to land on our shores a few months after that.