Home Audi New Audi A6 range to be greener than ever 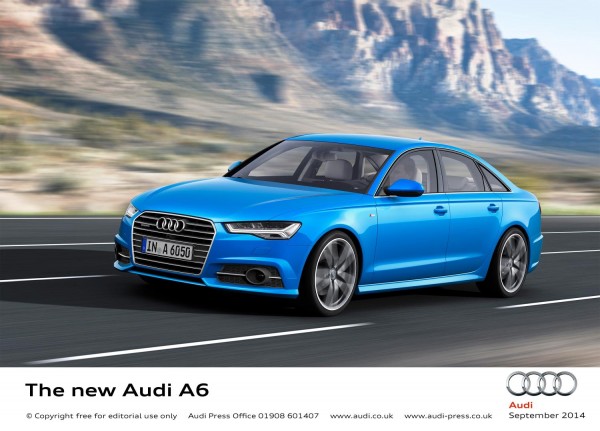 Future cars are going to be not only powerful, but also environment friendly. Car makers around the world are developing technologies to create more and more efficient cars without losing their fun philosophy. Now, German car maker Audi has announced that its new range of A6 will be greener than ever before.

The Audi A6 is about to shift up another gear as a new model waits in the wings. The new Audi A6 will feature styling revisions, upgraded lighting options, a new infotainment system and new transmissions. The latest A6 Saloon and Avant ranges will retain ultra versions offering up to 64mpg, will open for UK ordering during September ahead of first deliveries in late 2014. Their many gains will also be shared by new A6 allroad, S6, S6 Avant and RS 6 Avant models.

Speaking about the new greener Audi A6 range, Prof. Dr. Ulrich Hackenberg, Board Member for Technical Development at AUDI AG said, “With the new Audi A6, we are writing the next chapter in an excellent success story. It represents innovative technology and Audi’s premium claim. The Audi A6 sets new standards in many technical fields: the lightweight body containing many aluminum components, the powerful and highly efficient engines, the sporty chassis and the advanced assistance and multimedia systems.” 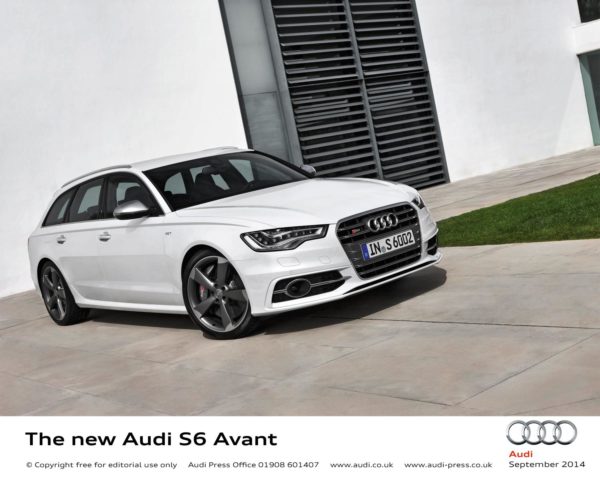 Revisions have been made to the Singleframe grille, the air inlets, the bumpers, the side sills, the rear lights and the tailpipes. One particular exterior highlight is the addition of xenon headlamps as standard for UK A6 SE models, and LED headlights with dynamic ‘sweeping’ rear indicators for S line versions and above. Matrix LED headlights, incorporating clusters of LED bulbs which can be individually dimmed when sensors detect oncoming or following traffic to automatically divert their beams around obstacles, are optional for all A6 and S6 variants and standard for the RS 6 Avant.

In the UK the engine line-up for the new A6 and A6 Avant will comprise four TDI engines with either four or six cylinders and either single or twin turbo charging. The most efficient engine – the 2.0-litre TDI four-cylinder with 190PS – is reserved for ultra versions of the Saloon and Avant which combine strong performance, hushed refinement and the potential to return up to 64mpg with CO2 output from as little as 114g/km.

The trio of 3.0-litre six-cylinder TDI ‘clean diesel’ units kicks off with a single-turbo V6 with 218PS which replaces the existing 204PS version, and is followed by a 272PS variant, also with a single charger, which takes over from the outgoing 245PS unit. At the top of the range, the 3.0 TDI clean diesel biturbo produces 320PS, an increase of 7PS over its existing equivalent. 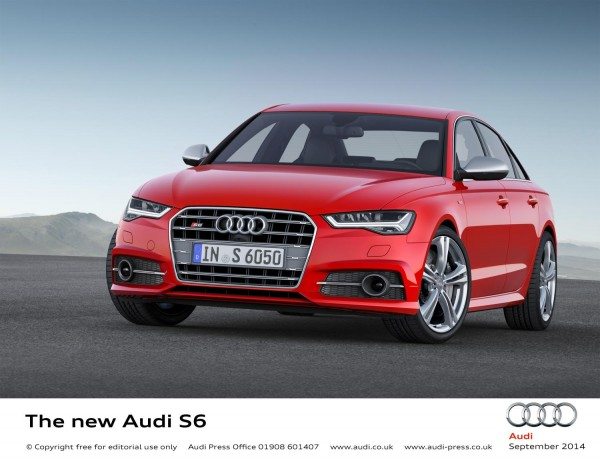 The high‑performance diesel is paired with an eight‑speed tiptronic automatic transmission. All other engine variants are linked to either a newly designed six‑speed manual gearbox that is particularly lightweight and low-friction, or a seven‑speed S tronic twin-clutch transmission. In the versions with front-wheel drive, a fully redeveloped dual-clutch transmission replaces the familiar eight-speed multitronic continuously variable transmission.

The quattro all-wheel-drive is available in conjunction with all engines bar the 2.0-litre TDI, and in versions with 272PS and above, the quattro permanent all‑wheel drive system can be supplemented with the sport differential, which actively distributes power between the rear wheels.

The new Audi A6 allroad quattro, which is based on the A6 Avant, features a raised body accentuated by wheel arch extensions and stainless steel protectors that encapsulate the underside of the front and rear ends. It rides on adaptive air suspension with allroad-specific settings and is powered by three 3.0‑litre V6 TDI engines with outputs of 218PS, 272PS and 320PS. 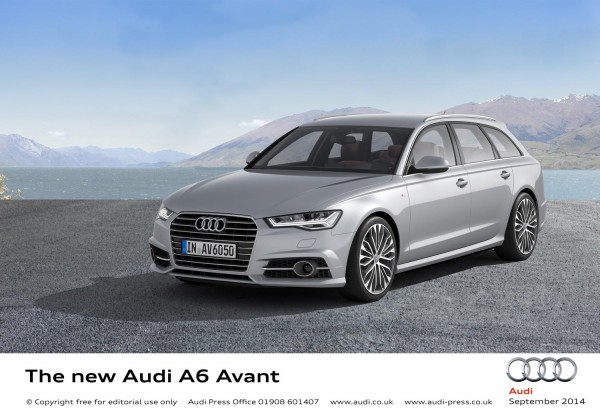 The new Audi S6 and S6 Avant are sports cars for everyday use. They use the 4.0-litre TFSI petrol engine, a twin turbo V8 producing 450PS, which accelerates the Saloon from rest to 62mph in 4.4 seconds. The S6 Avant completes the sprint in 4.6 seconds. Combined fuel economy is an impressive 30.7mpg in the Saloon and 30.1mpg in the Avant, the equivalent of 214 and 219 grams CO2 per kilometre, respectively. This efficiency is due in large part to the cylinder on demand (COD) system, which only activates four of the eight cylinders when under part load.

The figurehead of the new A6 family remains the RS 6 Avant. The Avant in the extreme accelerates to 62mph in a mere 3.9 seconds and can reach a top speed of 189mph. Its 4.0-litre TFSI engine produces 560PS, yet is also capable of up to 29.4mpg, corresponding to 223 grams CO2 per kilometre. The COD system is also largely responsible for this efficiency.

An eight‑speed tiptronic transfers the power from the twin turbo V8. The standard quattro drivetrain uses a centre differential with a higher locking rate and also features the sports differential acting on the rear axle. The RS adaptive air suspension lowers the body by 20 millimetres, but customers also have the option of conventionally sprung RS sport suspension with Dynamic Ride Control (DRC). The large brake discs feature a weight-saving wave design, and the wheels measure 20 inches in diameter. 21‑inch wheels are available as an option.

Stay tuned to Motoroids for all the updates from the world of automobiles.