Ahead of it’s launch that scheduled to take place later this year, a few units of the new 2018 Porsche Cayenne  have begun arriving on Indian soil. Finished in a shade of white, the new-gen Cayenne seen in the images here comes equipped with LED headlamps, LED DRLs, LED tail lights, dual exhausts, five spoke alloy wheels and a sunroof. 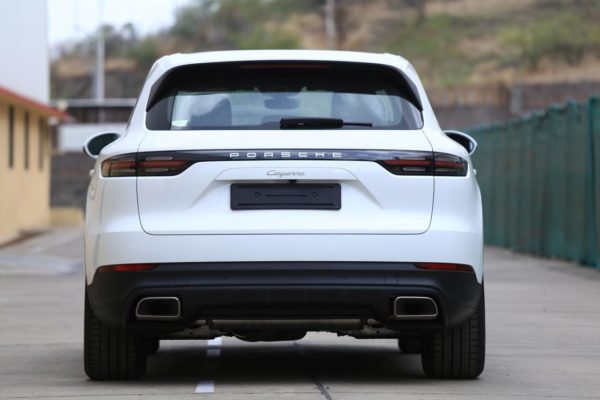 At the heart of this variant of the 2018 Porsche Cayenne is a 3.0-litre V6 petrol motor that has been tuned to produce a maximum power output of 335 bhp while the peak torque is rated at 550 Nm. A few other highlights of the new Porsche Cayenne include ABS, Automatic Braking Differential (ABD), Porsche Traction Management (PTM), Porsche Stability Management (PSM) and Anti-Slip Regulation (ASR). 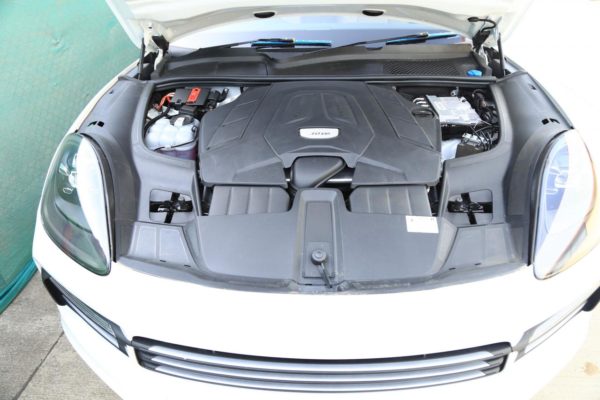 Porsche India began accepting bookings for the third generation Cayenne Turbo about a fortnight ago against an amount of INR 5 lakh. The Cayenne Turbo will be priced at INR 1.92 crore (ex-showroom). This variant will be powered by a 4.0-litre twi-turbo V8 engine that is capable of producing 542 bhp between 5,750 rpm-6,000 rpm and 770 Nm of torque between 1,600-4,500 rpm and comes paired to an eight speed automatic transmission.