Ahead of its launch that is expected to take place next month, the upcoming Honda Amaze has been spotted on the outskirts of Mumbai. Said to have been spotted during the TVC shoot, bookings for the second generation Amaze have already at dealerships against a booking amount of INR 21,000. 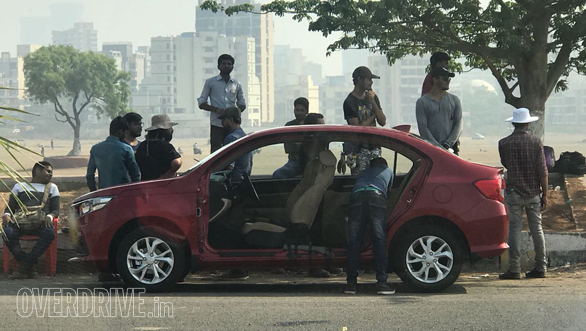 Built on an all new platform, the 2018 Honda Amaze was showcased for the very first time at the 2018 Auto Expo held in Delhi earlier this year. The model is scheduled to be launched in India next month, followed by deliveries which will begin in the month of May.

Updates to the new second generation Honda Amaze include a new thick chrome garnish, with conventional headlamps and integrated LED DRLs on either side. At the rear, the Amaze features refreshed LED tail lights and a new boot lid. Inside, the model will come equipped with a new dashboard with a centrally mounted touchscreen infotainment system, climate control, cruise control, multi function steering wheel, keyless entry and a reverse camera with sensors. 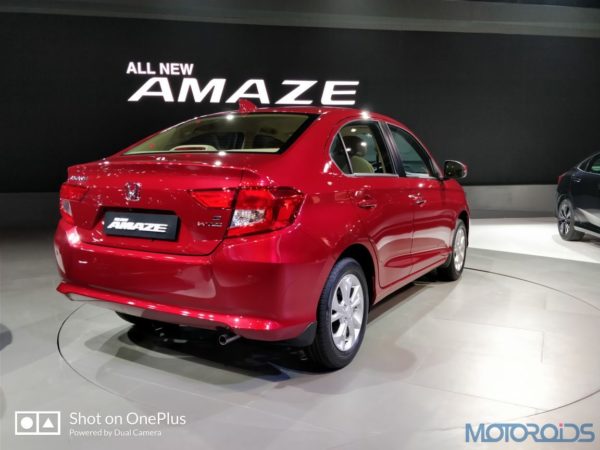 Honda Car India (HCIL) has not revealed any details regarding the engine specifications of the upcoming Amaze. Currently, the compact sedan from the Japanese automobile manufacturer is available with a 1.2-litre petrol engine and a 1.5-litre Diesel engine. The petrol motor is capable of producing 87 hp and 109 Nm of torque while the diesel motor produces 99 hp and 200 Nm of torque. The petrol and diesel variants are available with a five speed manual unit and a six speed manual unit respectively. A CVT transmission is available as an option on the petrol unit although upon launch, the diesel variant will also be available with this option. Once launched in India, the 2018 Honda Amaze will rival the Maruti Suzuki Dzire, Tata Tigor, Volkswagen Ameo and Ford Aspire.