The 2018 Audi RS5 Coupe has been launched in India, with prices starting at INR 1,10,65,000 (1.10 crore), (ex-showroom pan India). Based on the current generation of the A5 which was launched in India in October last year, the new RS5 Coupe arrives in India through the Completely Built UP (CBU) route. 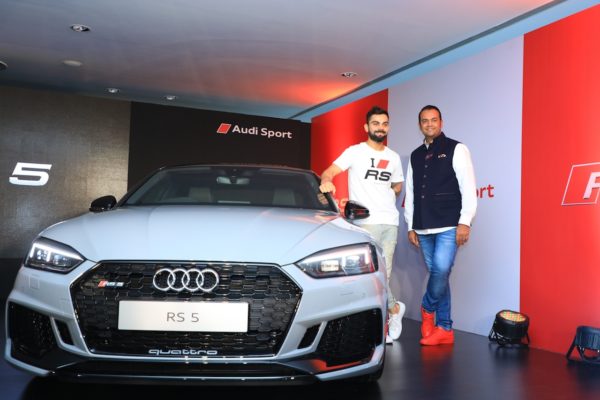 The biggest change to the to the new Audi RS5 Coupe is the new 2.9-litre twin-turbo V6 petrol engine that replaces the 4.2-litre NA V8 motor from the outgoing model. This engine is capable of producing 450 hp and 600 Nm of torque. This motor is mated to an eight speed automatic transmission that sends power to all four wheels via Audi’s signature Quattro four wheel drive system. The model can sprint from 0-100 kmph in a mere 3.9 seconds, all the way up to an electronically limited top speed of 250 kmph. 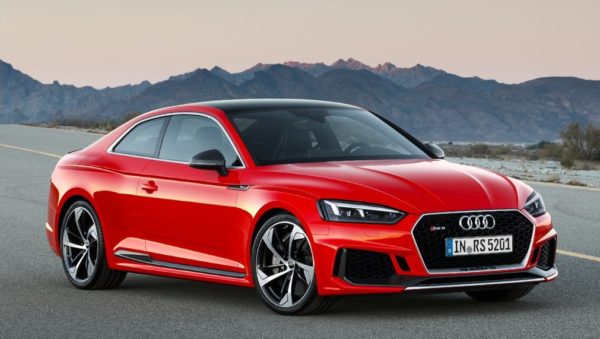 Inside, the new Audi RS5 Coupe will come equipped with RS specific equipment including sport pedals, sport seats and a flat bottom steering wheel. Also on offer would be Audi’s Virtual Cockpit digital instrument cluster and an optional dynamic pack, which increases the top speed from 250 kmph to 280 kmph. Cricketer Virat Kohli, who is also the brand Ambassador of Audi India, was recently presented with the keys of the country’s first 2018 RS5 Coupe.