Audi has revealed the images and details of its all-new sixth generation A6. The new car has been fully redesigned, and is bigger than the outgoing model. Every single power-train on the new car is now a mild hybrid, and the new 2018 A6 now features an interior which leads its segment in terms of tech and features. The car gets a new suite of convenience and safety features and should boost the sales of Audi worldwide, being a large volume seller for the premium car brand from Ingolstadt.  Here’s everything you need to know about the new 2018 Audi A6 from an Indian perspective. 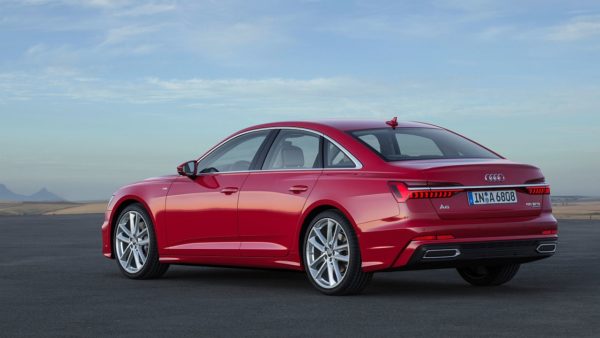 The 3.0 TDI diesel will have 286 hp of power and 620 Nm of torque and will do 0-100 km/h in 5.1 seconds with a top speed of 250 km/h. While the 3.0 TDI is paired with an eight-speed tiptronic, the 3.0 TFSI is coupled as standard with a seven-speed S tronic. The two engines are equipped as standard with the quattro all-wheel drive, whose design varies depending on the specific setup.  There’s also a basic 2.0 litre diesel engine and a 2.0 litre TFSI engine is also expected in the lineup at a later point in time.

In certain variants the car will also get dynamic all-wheel steering. The driver can select various driving profiles via the Audi drive select system.

The new 2018 Audi A6 is expected to be launched in India for a price ranging from Rs 55-60 Lakh rupees ex-showroom.

New 2018 Audi A6 Dimensions and weight

The new A6 is 7mm longer, 12mm wider and 2mm taller than the model it replaces and offers enhanced head, should and leg room. The boot size remains the same as before at 530 litres, although the loading convenience has been enhanced in the new car. The car will also get a bigger wheel size for its sportiest version at 21 inches. 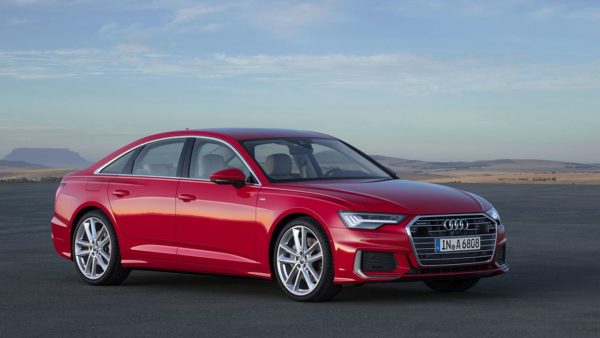 Unlike most cars which keep getting lighter despite getting bigger, the new Audi A6 whose weight starts from 1,575kg, is 5kg-25kg heavier than the version it replaces owing to the mild-hybrid systems.

New 2018 Audi A6 Interior and Features

Inside the cabin, the car gets a completely revamped cabin with a new touchscreen driven MMI interface on the centre console. There are two central touchscreen units – both are 8.6-inch in the standard format, although a bigger 10.1-inch top screen can be chosen as an option. The new MMI system will allow the favourite functions to be dragged and dropped like the screen on your Android smartphone. 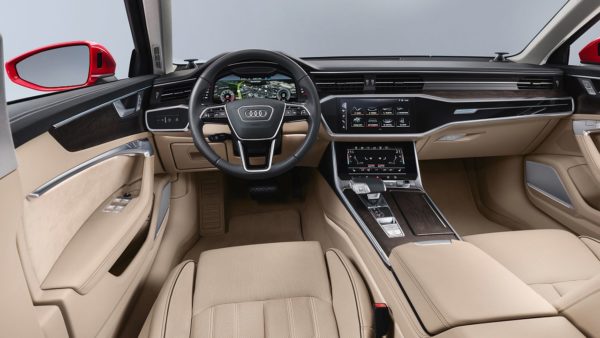 The top screen on the infotainment system is meant for controlling infotainment and navigation, while the lower screen is meant to for climate control, convenience functions and text input. The new navigation system is meant to be a cloud driven smart system that constantly updates itself based on the traffic conditions, generates intelligent suggestions and keeps a tab on your frequently used routes.

The 2018 Audi A6 gets the parking pilot and the garage pilot, which autonomously maneuver the Sedan into and out of a parking space or garage. The driver can get out of the car and move the car using the myAudi app on their smartphone. Buyers can also choose from the City assist or Touring Assist packages. The former gets features such as the new crossing assist while the Tour assist package comes with the adaptive cruise assist, which supplements the adaptive cruise control by means of gentle steering intervention to keep the vehicle in lane. 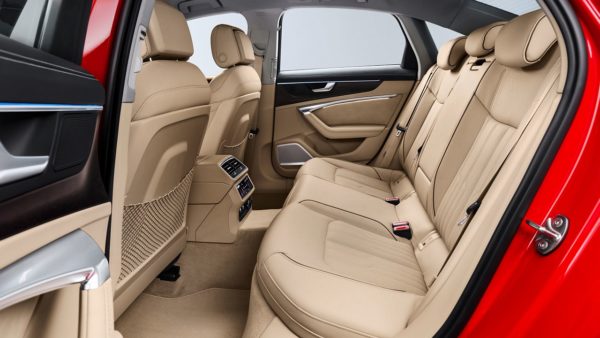 Depending on equipment, the sensor set includes up to five radar sensors, five cameras, twelve ultrasonic sensors as well as a laser scanner – another major innovation.

The all-new seats are claimed to be even more comfortable. They are available with ventilation and massage. The optional air quality package improves the air with two subtle fragrances, an ionizer and an effective pollutant filter. There’s also an optional panoramic sunroof on offer. Additional convenience features include the windshield wipers with integrated washer jets and the optional heated windshield.

Up front, the new A6 gets a large hexagon-shaped grille. The headlamps look sharper and are powered by LED headlights and daytime running lights. The lines are still very Audi A6 like although the bumper this time is a bit more aggresive with pronounced side air dams. 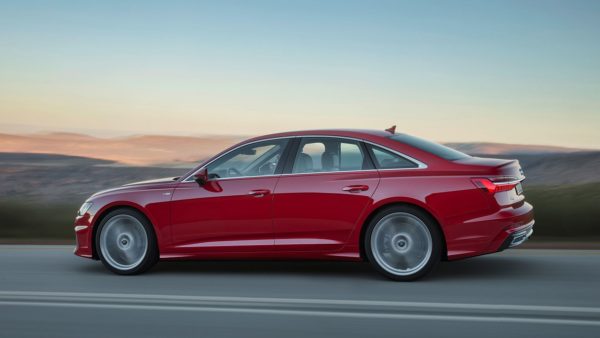 Like the A8 and A7 Sportback models, the A6 expresses the new Audi design language. In side view the car features powerfully taut contours, and a taut roof line, which tapers into flat C-pillars. The short trunk lid ends in a curved separating edge for optimized aerodynamics. A striking chrome strip accentuates the three-dimensional sculpture of the rear and connects the rear lights. The paint range for the new A6 offers a choice of 14 colors, seven of which are new.

The new 2018 Audi A6 is expected to be launched in India by early 2019. Upon its launch, it’ll take on its arch rivals the BMW 5-series, which is a fabulous car by itself, and the E-Class which currently is the segment leader in rear legroom.