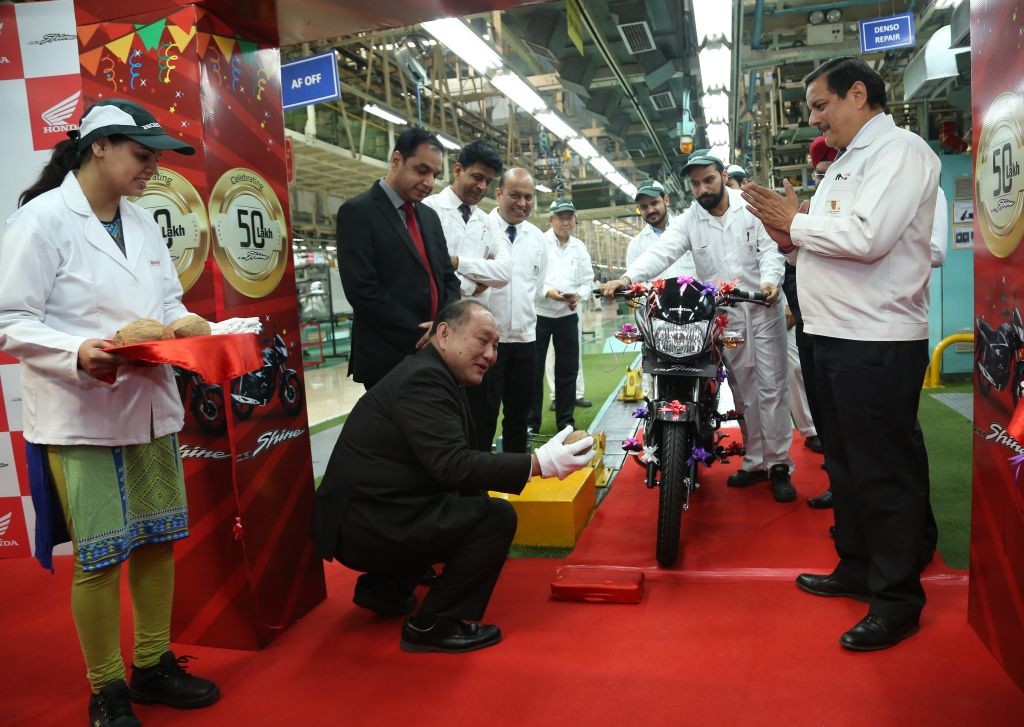 Speaking about the landmark achievement, Keita Muramatsu, President & CEO, Honda Motorcycle & Scooter India said that India is not only the fastest growing economy in the world, but also one of the most important and fastest growing markets for Honda globally. Continuing the endeavour to serve its customers, Honda Motorcycle and Scooter India have introduced new BS IV 2017 CB Shine with AHO.

Glimpses of the journey of 50 lakh CB Shine Milestone: