Honda Motorcycle and Scooter India (HMSI) undertook a nationwide ‘Honda Road Sign IQ Survey’ with an objective to understand the level of awareness of road safety signs and behavior of two-wheeler riders in India. The inaugural survey was conducted with participation from almost 1,500 two-wheeler riders across 10 key Indian cities during the National Road Safety Week. 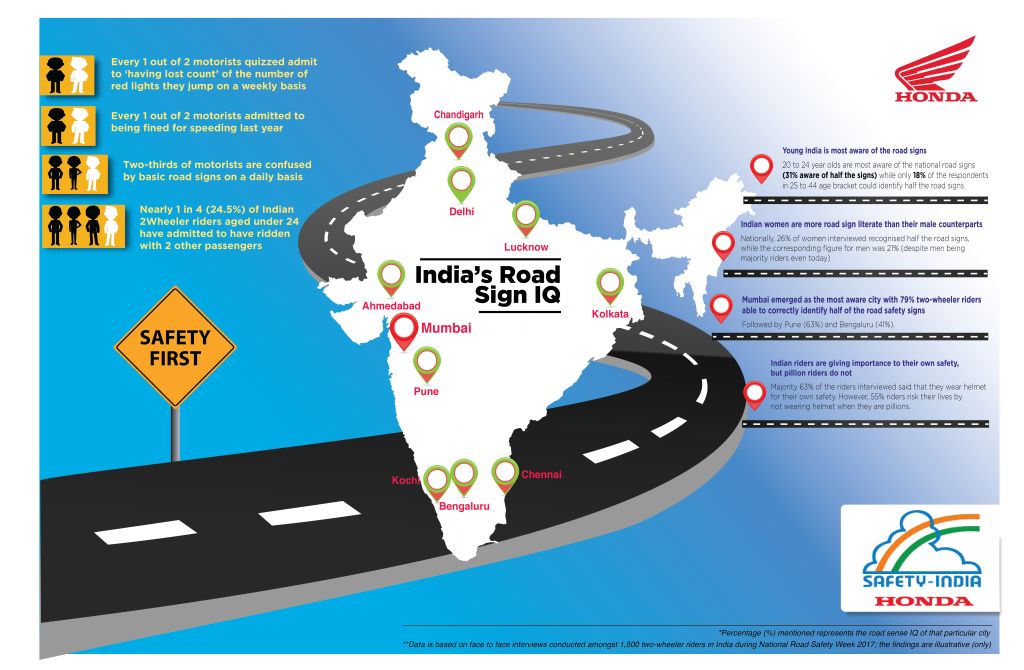 Following are the results of the survey: 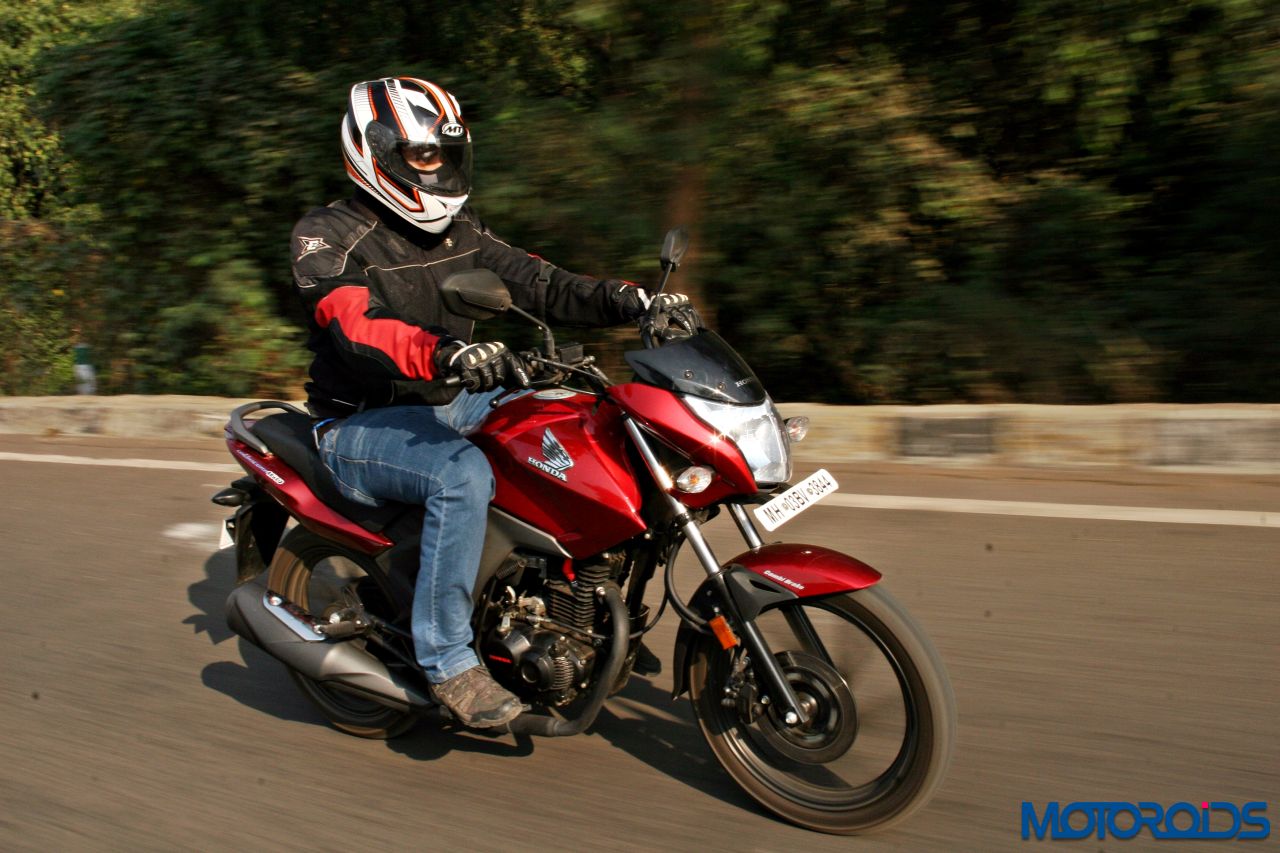 Elaborating on the survey findings and Honda’s efforts in the direction of road safety promotion, Yadvinder Singh Guleria, Senior Vice-President – Sales and Marketing, Honda Motorcycle and Scooter India said “Two-wheelers account of the highest fatalities (31.5%) due to road accidents in the country. With a new two-wheeler coming on Indian roads every 2 seconds, ‘Safety for Everyone’ is Honda’s priority as a responsible corporate. Honda Road Sign IQ survey re-affirms that there is an urgent need to invest in behavioral change in Indian mindsets through road safety education. We have already educated over 10 lac people on road safety in India at Honda’s 11 adopted traffic parks across India. A sizable 38% of these are kids as Honda aims to mould youth of today into responsible road users of tomorrow. Post this survey, Honda is committed to intensifying its road safety initiatives with special focus on children and empowering women who are the conscience keepers of every family.”