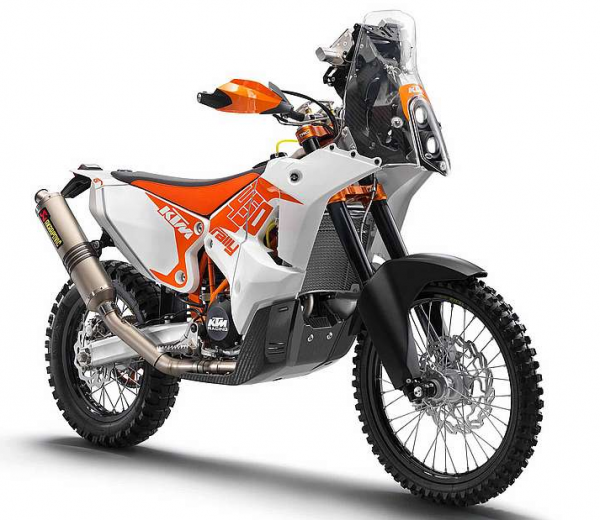 Soon after KTM’s outstanding podium finish in the renowned Dakar rally, the famous Austrian manufacturer has come up with the new 2015 KTM 450 Rally Replica, which can be bought by ordering at select KTM dealerships abroad.

The KTM 450 RALLY made its debut in October last year, at the Morocco rally, without any prior tests! The 450 Rally performed flawlessly throughout the 9,000 km race, in the hands of Marc Coma, who is responsible for KTM’s 13th consecutive win. Powering the bike is a 450cc engine and playing a vital role in the bike’s development were KISKA design, KTM technologies and KTM’s R&D department.

The new bike is built on an all new frame, and the bike scores high in terms of ergonomics. The bike also boasts of a completely re-worked rear suspension and a new overhead single cam 450cc fuel-injection engine. The new 450 Rally has a front and rear fuel-pump system with multiple tanks and a carbon tower at the front of the bike that gives the rider better visibility of the front wheel. 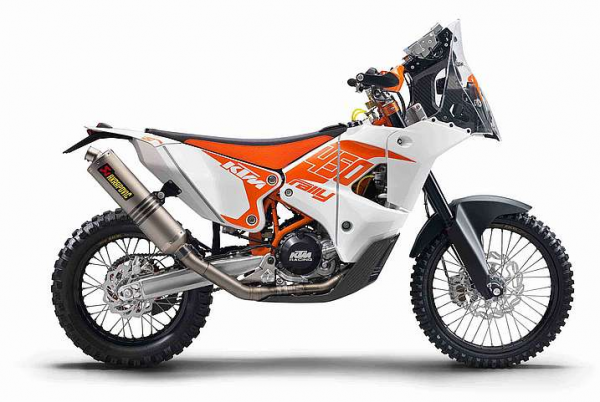 KTM’s CEO Stefan Pierer about the all-new 450 Rally Replica: “The success this year in the Dakar rally has highlighted the experience and hard work of our KTM people, who worked closely with KISKA’s team on the new rally bike project, combined with feedback from all of our factory riders and heavy input from Marc Coma. We now want to pass on the experience of such a successful time in this year’s Dakar to any rider who wishes to own this fantastic bike, and especially to those who are committed to making their rally dreams come true or realise their Dakar ambition. The racing service we offer for privateers is as fundamentally strong as the service we give to our factory riders and we are very proud of helping many riders achieve their goals in the rally.”