We have been keeping a close eye on the 2015 Ford Mustang. Earlier last week, Ford launched the configurator for the 2015 Mustang. Now, Ford has released details about the Active Glove Box Knee Airbag which will feature in the car.

The 2015 Ford Mustang is without doubt the most technologically evolved Pony. With highlights like the Independent Rear Suspension, new SYNC AppLink System, Active Burnout Control System, the car has another ace up its sleeves with the industry first Active Glove Box Knee Airbag. 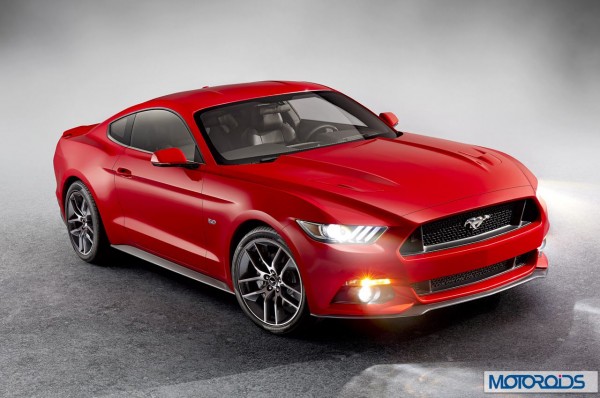 “We provide a high level of safety, quality and design for our customers and their passengers,” said Sean West, Ford restraints manager. “With this innovative airbag design, we have developed technology that provides protection for vehicle occupants while also reducing weight and enabling greater design flexibility.”

Airbags are made from various types of fabric. But for this airbag, Ford has used a pliable, injection-molded plastic bladder that has been sandwiched between the inner and outer glovebox door panels. In case of an impact, the crash sensor system detects the collision and then an inflator fills the bladder which extends the glovebox outer door panel towards the front passenger’s legs. It works like a traditional knee airbag as the outer door provides just about the same level of cushioning. 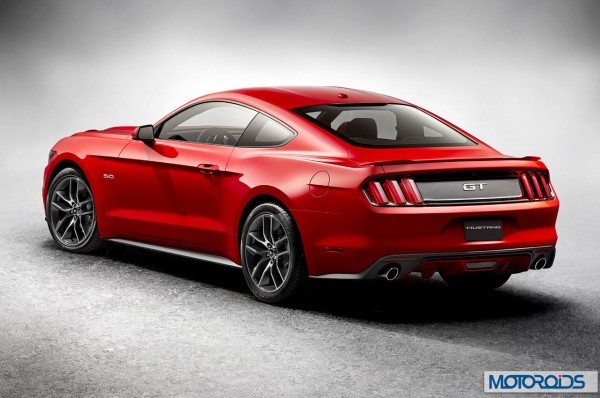 Compared to a regular airbag, this one does not have to travel that far because it extends straight from the instrument panel and it operates at a lower inflation rate since the glovebox’s door distributes the impact load over a larger area.
Due to this new design, the end result is a 65 percent lighter and 75 percent smaller knee airbag inflator while offering a similar safety level.

With the introduction of this airbag, Ford claims the 2015 Mustang has twice as many airbags, twice as many peripheral crash sensors and additional pretensioning safety belt technology compared to the outgoing model.