Volkswagen has taken the wraps off the Beetle GRC, ahead of its debut at the Red Bull Global Rallycross race this weekend. Slated to be driven by Tanner Foust and Scott Speed, the rally car features an aggressive front bumper and a ventilated hood. 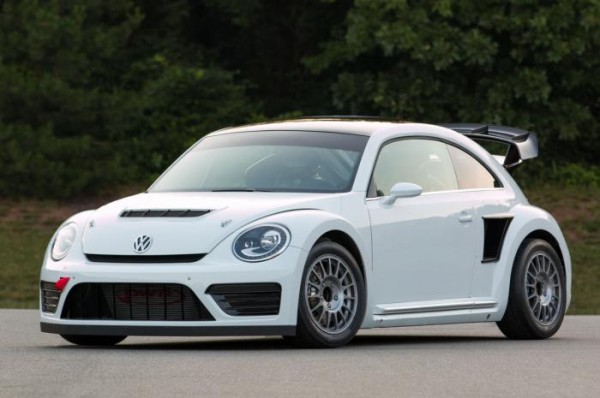 The Volkswagen Beetle GRC  also gets aerodynamic mirrors, side scoops and a massive rear wing. Other notable bits include high-performance brakes, an upgraded suspension, limited-slip differentials. The car uses an all-around strut-type suspension, with ZF dampers and about 9.1 inches of travel to cope with the rigors of the off-road portion of a rallycross course. The car has 14.0-inch diameter front and 11.8-inch rear vented disc brakes, with four-piston aluminum calipers. The 17-inch wheels are shod with 240/640-R17 Yokohama competition tires. 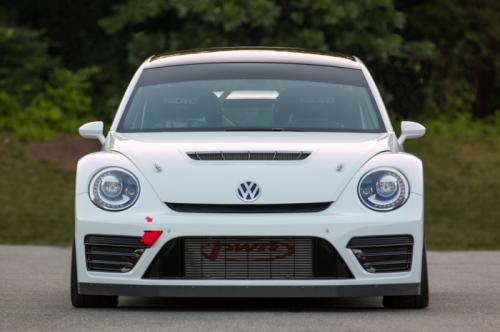 Powering the Beetle GRC is a turbocharged 1.6-liter TSI four-cylinder engine that churns out a whopping 544 bhp (405 kW) of max power. The TSI motor comes mated to a six-speed sequential transmission and an all-wheel-drive system which enables the car to sprint from 0-60 mph (0-100 kmph) in a supercar rivaling 2.1 seconds. Overall, the car is 168.8 inches long and 71.7 inches wide, and has to weigh in at a minimum of 2668 pounds, per series regulations. 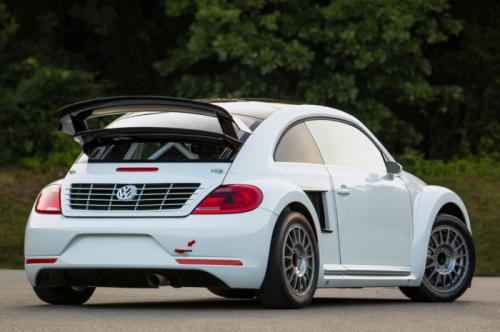 Jost Capito, Volkswagen Motorsport director, said: “After Volkswagen of America’s impressive start on the rallycross scene with the Polo, the launch of the new Beetle GRC rallycross car represents the next major milestone. The Beetle boasts a unique appearance and state-of-the-art technology. It will sweep fans off their feet.”