Ford India has already commenced the production of the 2015 Figo from its new facility in Sanand, Gujarat. The upcoming hatchback from the American car maker has been spied in India for a couple of months now. Now, another test mule of the car was spied on Ahmedabad-Sanand highway in Gujarat. 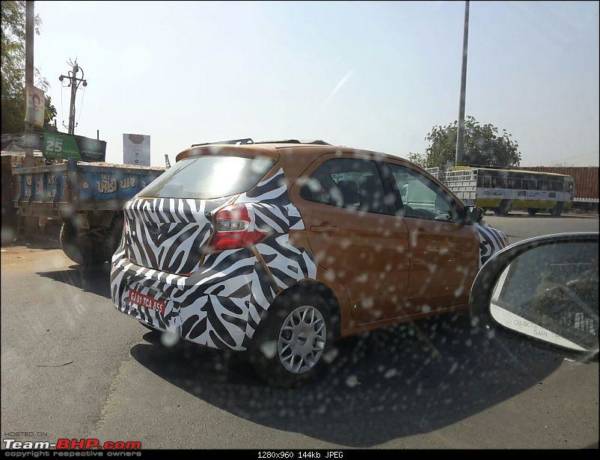 The test mule seen here sports the orange exterior body paint and is also fitted with what probably look like wheel caps. The upcoming 2015 Ford Figo is based on a tweaked Fiesta platform and will be launched in India in September 2015. The 2015 Figo gets the front grille similar to the one seen on the 2014 Fiesta. Also, Ford will be launching a sedan version of the Figo ahead of the hatchback launch in India. 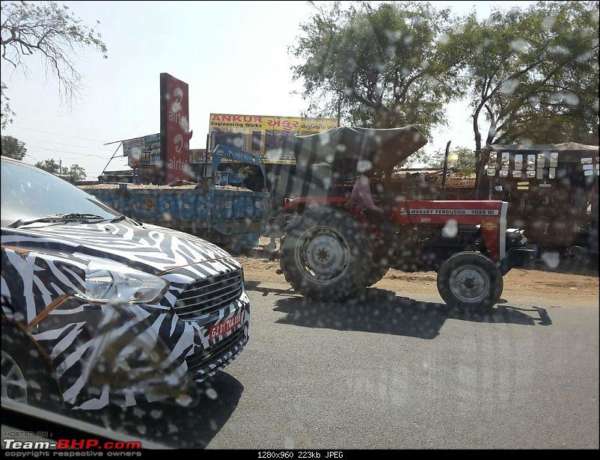 The 2015 Ford Figo, as aformentioned, rides on the same platform as the Fiesta sedan and will share a number of components too. Under the hood, it will get a 3-pot 1.0 liter petrol mill and a 1.5-litre DV5 turbo-diesel engine. 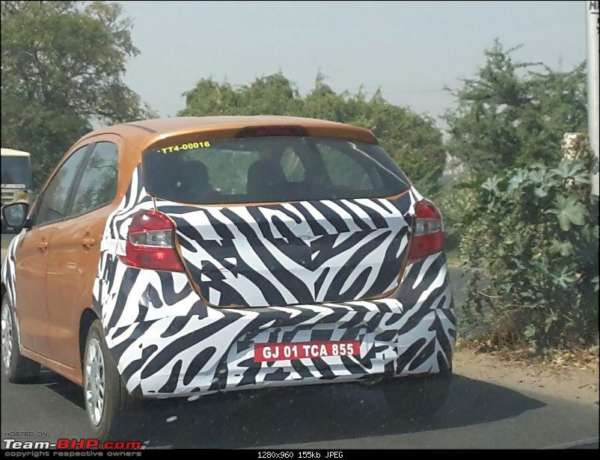