Home Features Is this how the HM Ambassador should have evolved? 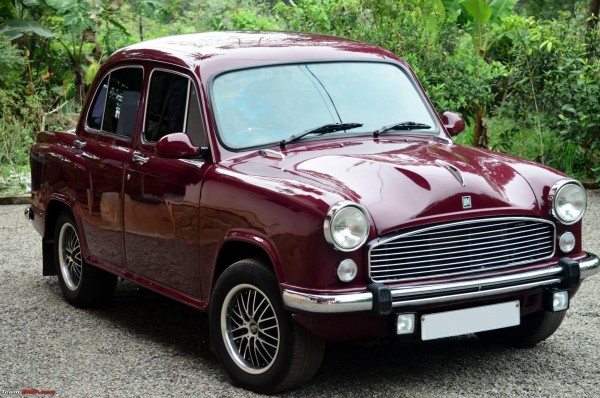 The story of the HM Ambassador pretty much sums up the laziness that has gripped the eastern part of the country after the British left; maybe it’s the sumptuous food and the slumber inducing weather, but it has definitely thwarted economic growth. A cash strapped Hindustan Motors had to stop manufacturing the ubiquitous Ambassador last year due to  flogging sales, and also because it still looks the same as it did in 1938, or was it 48? 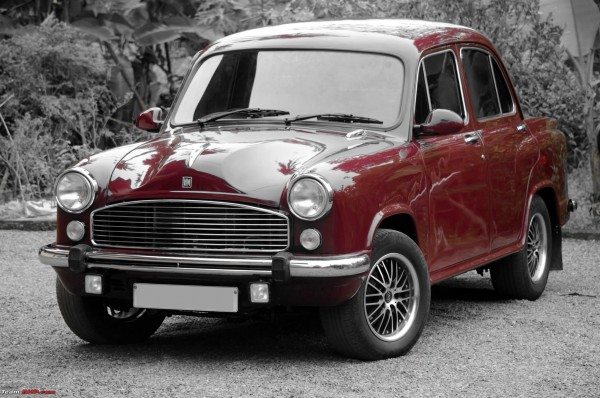 However, here is one particular, modified Ambassador which refuses to die and promises to be retro enough to buy its unique spot in today’s age of overly stylized, digital cars. While the exteriors haven’t been harassed much, the interiors also retain that period touch. Where the proposition gets mildly retro-futuristic is the infusion of a few modern day touches of technology. 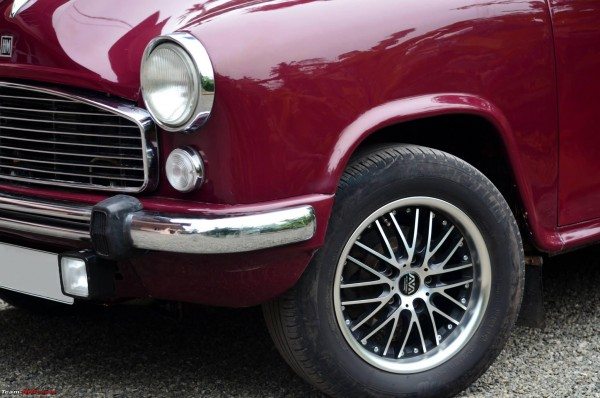 We had secretly wished for spoke wheels; but these still look the part

The Ambassador now dons a new lustrous shade of crimson. The wheels are also new, and so are the tires – dual-tone, multiple spoke jobs wrapped around with fat, Michelin rubber; bidding the cross ply tires and steel wheels goodbye. Apart from the updated footwear, a couple of powerful, boxy fog lamps up front and a pair of custom ORVMs are the only other external additions to the old lady. At the back, hydraulic hinges for the boot-lid has been added. 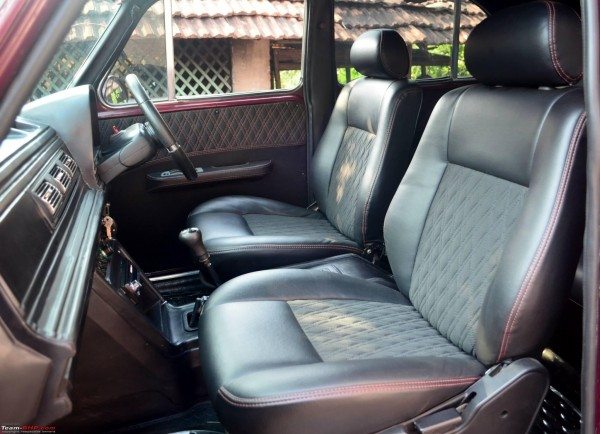 The interiors are where the real alterations reside. While the distinct, vintage character is retained, it has also been accentuated with custom, quilted stitching on the new, adjustable bucket seats and door pads, contrasted in red with the black leather. 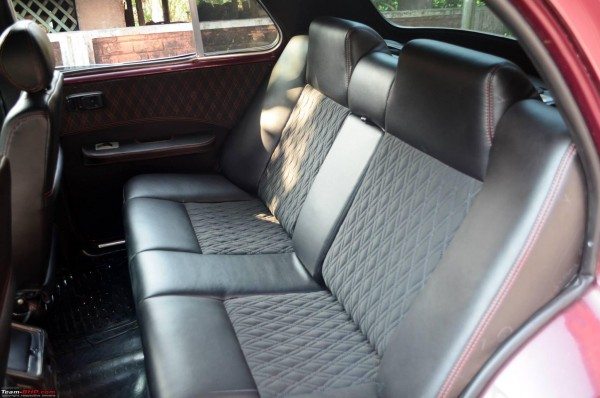 What follows is a list of changes that the owner has made to ensure that the period interiors escape their time wrap: 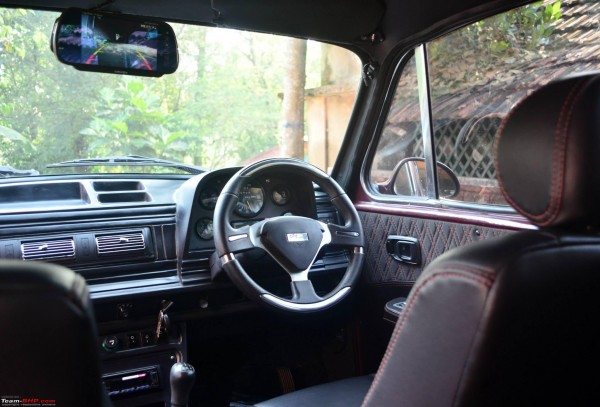 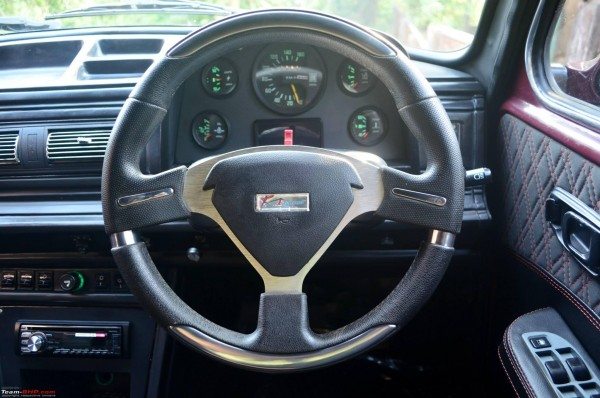 After-market steering is the only bad taste in the whole recipe. 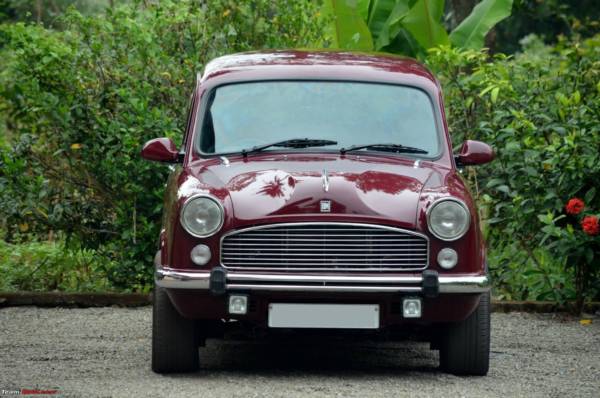 New stance for the old girl.