On the exterior, the convertible Zo6 is similar to its coupe sibling, save for the inclusion of a power folding roof that can be opened or closed at speeds up to 30 mph (50 km/h). The convertible also gets dual accent panels, behind the seats, which can be ordered in Carbon Flash or Carbon fiber. 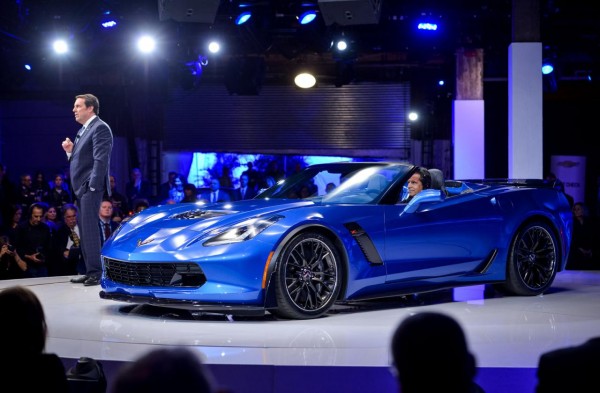 Commenting on the Corvette Z06 convertible, Corvette chief engineer Tadge Juechter said “Until recently it was not possible to create a lightweight, open-roof structure strong enough to cope with the braking, cornering, and acceleration of Corvette’s top performance models.” However, “The frame for the Z06 convertible leverages advancements in computer-aided engineering, metallurgy, and manufacturing techniques – many of which were not available just five years ago.”

The aluminum structure of the convertible is 20 percent stiffer than the coupe version of the Z06. Since no structural reinforcements are needed for the Z06 Convertible, its curb weight is nearly identical to the Z06 Coupe. They also share the same chassis tuning, powertrain output, driver technologies and equipment options – including the Z07 Performance Package, which adds Brembo carbon-ceramic matrix brakes, Michelin Pilot Sport Cup tires and adjustable front- and rear-aerodynamic components. 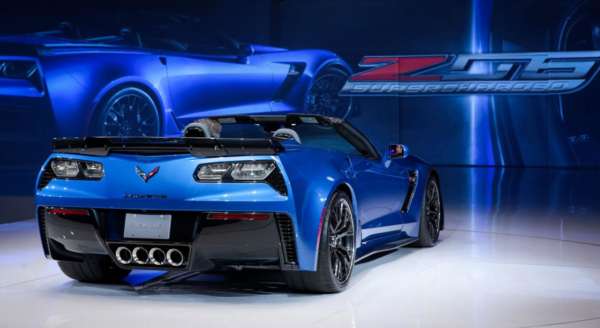 Despite tipping the scales a few pounds more than its coupe sibling, the convertible won’t lag much in performance, thanks to the supercharged 6.2-liter LT4 V8 engine that churns out “at least” 625 bhp (466 kW) and 635 lb-ft (861 Nm) of torque. This engine will come with a seven-speed manual transmission or an eight-speed automatic. Although Chevy hasn’t revealed the performance figures, the eight-speed automatic, according to the company, will deliver “world-class shift-response times.”