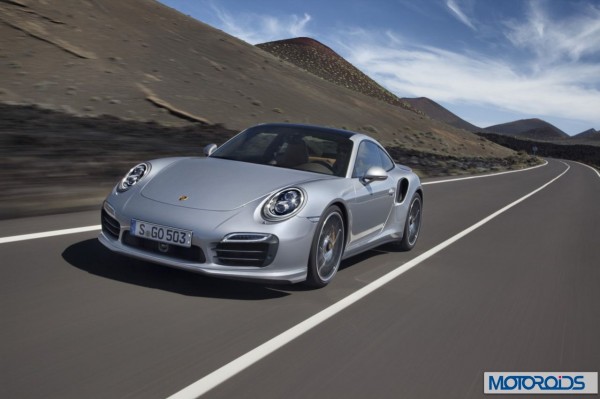 Porsche is celebrating the 50th anniversary of the 911. And what better way to do that than announcing the most powerful version of the iconic car. The new 2014 Porsche 911 Turbo and Turbo S are quicker, faster and meaner than ever.

The 911 Turbo is powered by a 3.8 liter turbo charged straight-six engine with 520 bhp at hand and capable ot sprinting from 0-100km/h in 3.2 seconds. The more powerful Turbo S variant has 40 more horses, reducing the 0-100km/h time by 0.3 seconds to a blinking quick 2.9s. Top speed is more than 350km/h, but we’re sure you’re never going to find a piece to public road to get there. That brutal power is put to work with a seven-speed PDK dual-clutch gearbox which would be the only transmission option for the car. 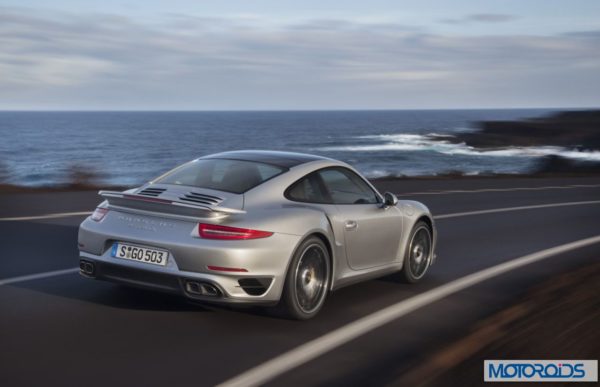 The new 911 has the handling to match its raw power too, and Porsche claims that the Turbo S completes a lap of the fabled Nürburgring Nordschleife in less than seven minutes and thirty seconds. The technology at work to attain that blitzy fast lap time includes a new all-wheel-drive system, where even the rear wheels steer for optimum direction changes. The new AWD and traction control has been optimized to feed more power to front or rear wheels based on the required, resulting in better traction.

2.9 seconds for hitting the ton is almost as fast as you get in a production car. The 911 has turned into a true blue supercar in latest avatar and has grown in size too to reaffirm its even more intimidating status. The 2014 911 Turbo is wider and has prominent flared wheel arches. 20 inch wheels leave no doubts about the brutality that the new 911 packs within. 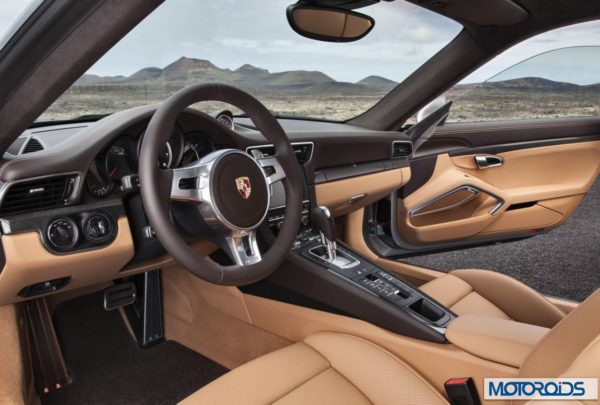 The interior has been completely redesigned in both 911 Turbo models. The S model gets features such as an exclusive interior in a black/Carrera red color combination and standard Sport Seats Plus with 18-way adjustment and memory. The Bose sound system is installed as standard; while Burmester system is also available as an optional feature. A radar-controlled cruise control system, camera-based road sign recognition, and speed limit recognition are other new options being offered. 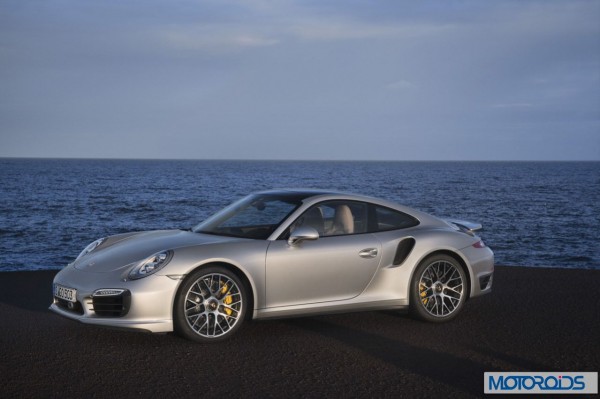 Aerodynamics have been worked upon as well, the new Turbo range gets its set of a three level front and a three stage rear spoiler. The Turbo S distinguishes itself from the less powerful Turbo variant by way of standard full-LED headlights.

Check out the image gallery of the new car below