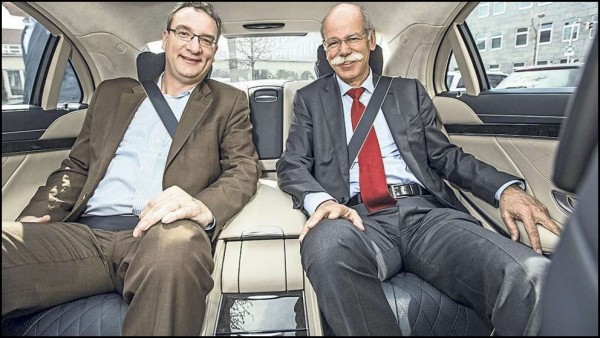 Not that the interior of the new S-class has hitherto been unseen, with M-B having released some official pictures only a few days back. However, it is always interesting to be able to feast your eyes on the various elements of the cabin of what is known as the world’s best car.

Slated for a release on 15th May, the new S-class is hard at work to reincarnate itself featuring the most modern auto tech without compromising with the classy, well-crafted character. As we had seen in the official images before, the interior of the new S-class looks extremely well crafted with a distinctive character. The newly leaked images show group head Dieter Zetsche relaxing in the luxurious rear seat. 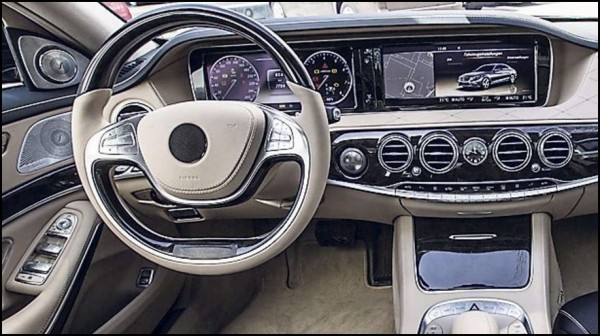 An interesting fact about the interior of the new S class is that the only plastic used within the cabin is the lining of the aperture for the door release. All other materials are either wood, leather or aluminium. Read exotic or expensive, whatever suits you better. The unusual two-spoke wheel design is also unique to the S-class. The interior space has been increased over the current gen S-class too.

A new climate control system called Thermotronic will filter out various viruses and spores while freshening the air. For making the interior of the S-class the absolute best, manufacturing restraints were removed and designers were encouraged to convert creative ideas into reality. And it’s not just about the sights and touch, the S-class pays attention to its scent as well. It has an atomiser, which diffuses scents into the cabin. 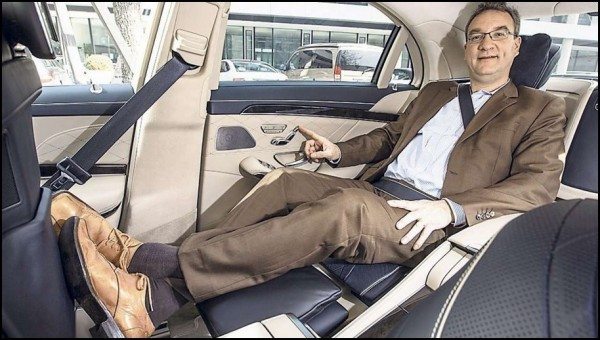 Reclining individual seats can tilt to 43.5deg, highest for any car, and the Chauffeur package allows the front seat to be pushed forward. You can also opt for a central chiller which has cupholders that can both chill and heat.

There will also be a top of the line sound system from Burmester. With 24 speakers and 1540 watts of power the system’s 3D setting would allegedly provide the best sound experiences on any car in the world.

Stay tuned for more details on the 2014 S-class