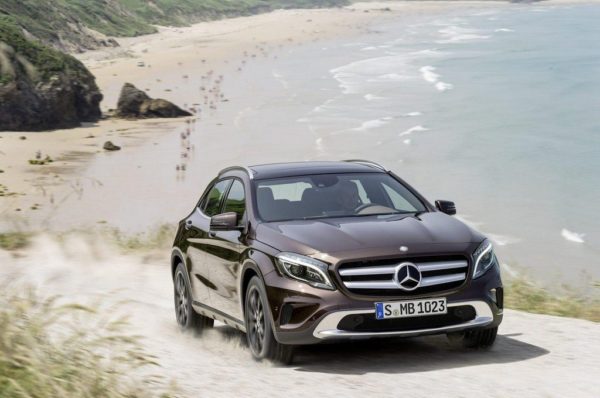 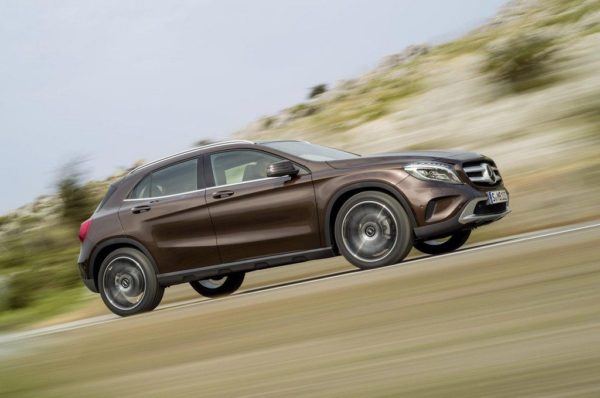 The exterior styling of the production spec GLA stays pretty true to the GLA Concept that we saw earlier. However, as we mentioned earlier, the car does have a less aggressive stance than the Concept GLA.

The GLA will play the baby brother to the much bigger GLK and will be offered in a front-wheel drive layout. Underpinning the new GLA is the much publicized MFA platform.

The GLA is the first Mercedes-Benz SUV to be optionally available with the new-gen permanent all-wheel drive  4MATIC system, which benefits from fully variable torque distribution. 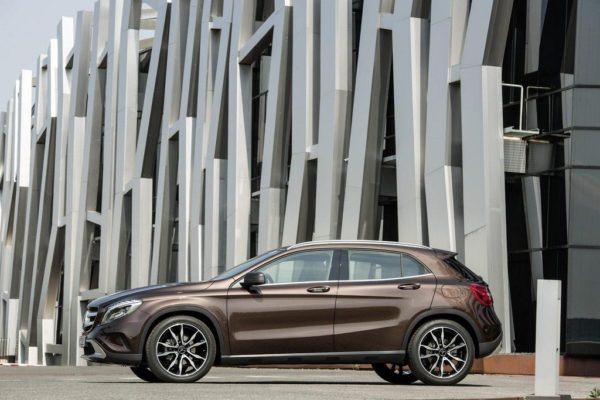 The GLA could be powered by a couple of petrol engines that will displace 1.6L and 2.0L respectively. Also on offer would be a set of oil burners that would displace 1.8L and a 2.1L. The high end variants would feature the new 4Matic all wheel drive system that has been tailor made for vehicles built on the new MFA platform.