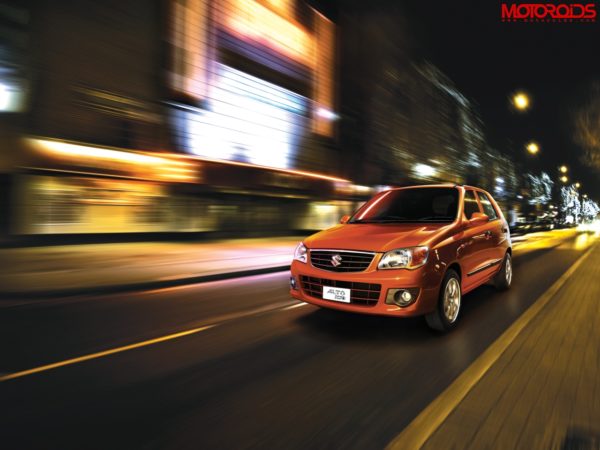 It won’t be wrong to say that Maruti Suzuki Alto brand of cars refuses to go out of lime light! We have lost the count of number of times we have reported about the huge success that the new Maruti Alto 800 has achieved. The all new Maruti Alto 800 uses most of the mechanicals of the previous edition of India spec Alto 800cc and is powered by a re-tuned version of the previous edition’s motor.

Today, we have some more news regarding the Maruti Suzuki Alto brand. It may be noted that some 2 year before launching the Alto 800, MSIL launched the Alto K10, which means it is high time for MSIL to bestow the K10 variant with a facelift. Now, it is being said that MSIL would launch the Alto K10 facelift around Diwali this year.

The Alto K10 will get some styling updates and a re-tuned version of the 1.0 litre K10 engine. In all probability, the new Maruti Suzuki Alto K10 will offer a higher spec ZXi variant that will come with the ABS.

The Alto K10 is powered by a 1000cc motor which it shares with the more expensive AStar. The Alto K10’s motor offers a maximum power output of 67 BHP@6200RPM and a peak torque figure of 90Nm@3500 RPM. The car is considerably more powerful than the 800cc version of the Alto and combined with the light weight, is a nippy performer.

The Alto K10 facelift will come with a new set of bumpers, revised headlamps and a longer equipment list.

We just wish that Maruti refrains from using styling cues from the new Alto 800.