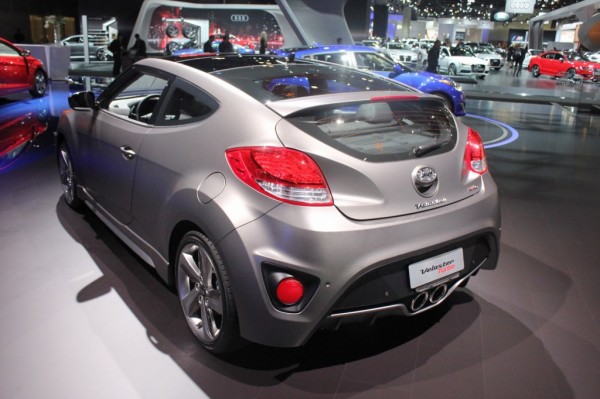 Visually, the updated Veloster remains largely unchanged when compared to the outgoing model. However, the updated car comes with a a host of new features such as daytime running lights (DRLs), blind-spot mirror and a rearview camera. The 2014 Veloster also gets the car maker’s Assurance Connected Care telematics system (subscription to which will be free for three years).

Other than all this, the updated 2014 Veloster Turbo gets a new Torque Vectoring Control (TVC) system that, in Hyundai’s speak, employs “wheel speed sensors coupled with Electronic Stability Control (ESC) algorithms to apply precise braking force to the inside front wheel during spirited cornering”. The Veloster Turbo also gets a new Active Sound Design system that ensures a “richer in-cabin powertrain sound character for an even more involving driving experience, especially during spirited driving”. 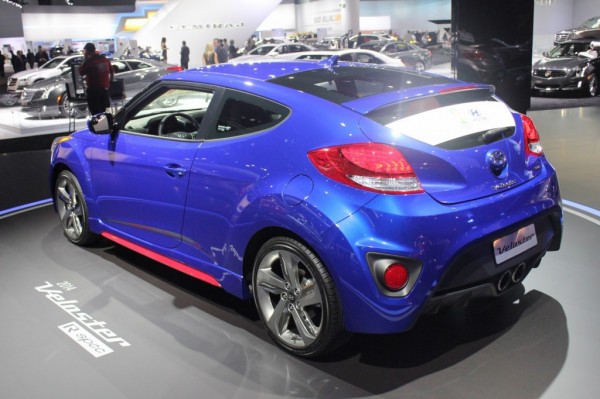 Also on display at the ongoing 2013 LA Auto Show is the new 2014 Hyundai Veloster Turbo R-Spec edition. Powering the new Veloster R-Spec edition is the same engine that powers the Veloster Turbo. However, the R-Spec benefits from additional features such as a sports tuned suspension, a close ratio gearbox, and a full body kit that consists of several exterior and interior upgrades.