Japanese car maker, Honda, previewed the new 2014 Honda Jazz in India at the Auto Expo 2014 last month. Now, the car has been spotted in India. The location of the spotted car is unknown, but it can be concluded that the car is clicked at a dealership, due to the other Honda cars parked near it. The new 2014 Honda Jazz India launch could happen in March next year.

The 2014 Honda Jazz is already on sale in the Japanese Domestic Market(JDM) and has already been praised by the auto experts and car buyers. The new Honda Jazz is likely to be slotted between the Brio and the Amaze. The car seen here in the pics is void of any badges, which suggest it is a diesel. 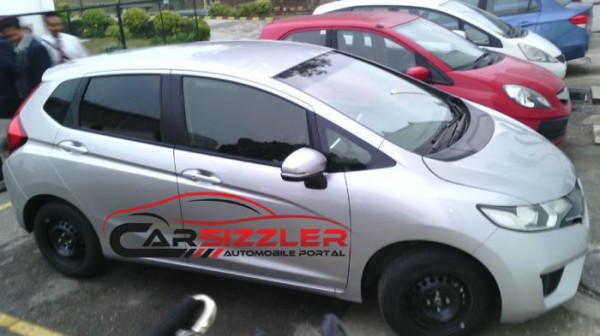 When the Jazz was introduced in the Indian market some years ago, the car failed to set the sales charts on fire for Honda. This was mainly due to the premium pricing and the absence of an oil burner. Now that Honda is ready with a suitable diesel powerplant, the new Honda Jazz is likely to be available with two engine options in India :

We expect Honda to mate the petrol engine with a CVT transmission at a later stage. 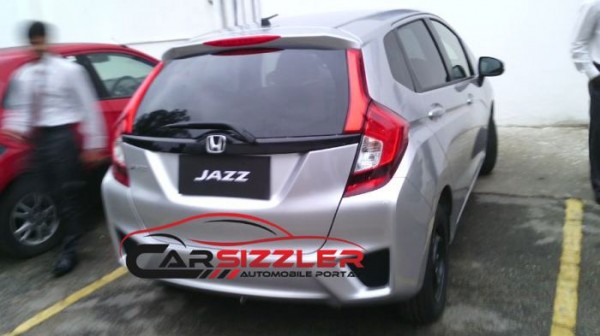 Talking about the new Jazz’s ride and handling, Honda’s Senior Ride and Handling Engineer, Terumasa Kotada had previously said, “In upping our game, we wanted to make a stronger international competitor, so we benchmarked our Fit on the Polo. The moment you get in the Polo, you notice how low you sit in the car. This instills confidence. And then when you drive the Polo, you notice how low its roll center is and its huge stability levels, instilling even more confidence. To get our desired result, I tested the car extensively on the autobahns in Germany.”