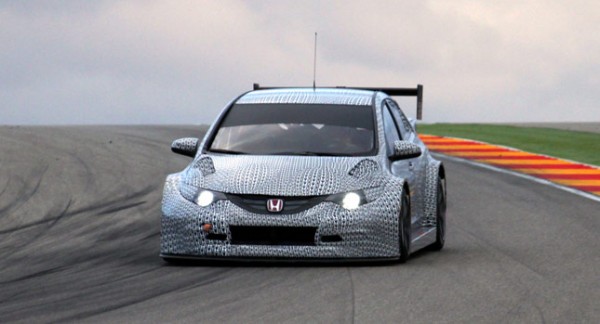 Honda recently sent us a couple of images of the upcoming 2014 Honda Civic WTCC race car and these images were shot during the car’s first test session in Aragon, Northern Spain.

As can be seen in the images, the WTCC Civic will sport wheel arch extensions, larger diameter wheels, sleeker aero package and extended rear spoiler, all thanks to the latest WTCC regukations. 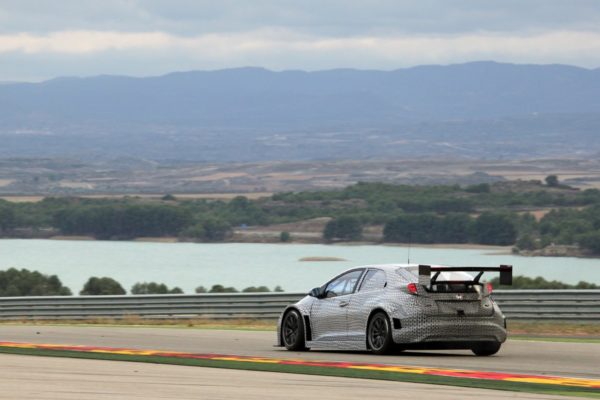 Two Civic WTCC models will be entered by the Castrol Honda World Touring Car Team and these will be driven by Gabriele Tarquini and Tiago Monteiro. Also, two Civics will be run by private teams Zengő Motorsport and Proteam Racing.

For the 2014 WTCC season, Honda has made it clear that it would settle for nothing but both the manufacturer’s and the driver’s titles.

“We achieved four victories and captured the manufacturer’s title last season in the FIA World Touring Car Championship, the WTCC, which was our first year of full-participation,” said Honda CEO Takanobu Ito. “In this season, we will strive to win the double title for driver’s and manufacturer’s with a total of four machines including a works team and two private teams,” he added.