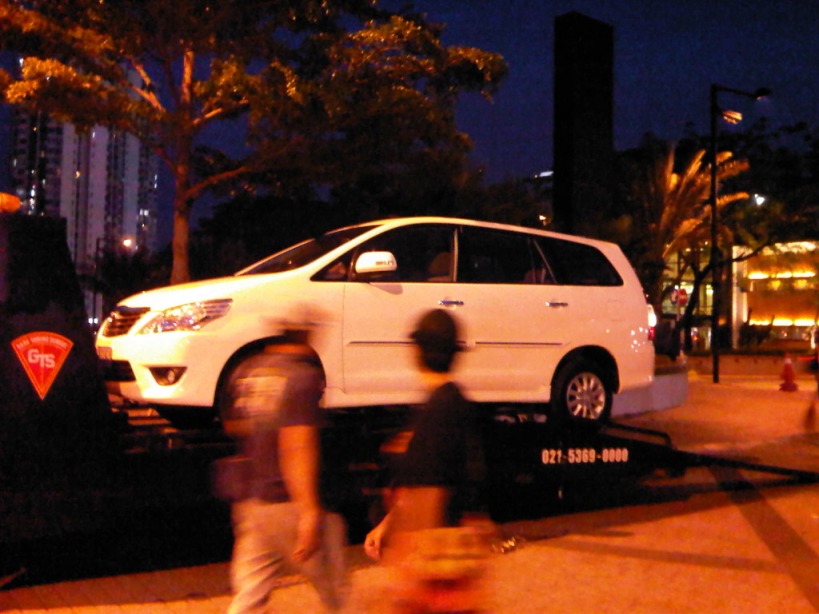 The Innova is known as the Kijang in Indonesia, and employs exactly the same power train as in India. In its refurbished avatar, the Indonesian Innova or the Kijang now sports a new grille. The bumper has been altered too, and so has been the shape of the fog lamps. The central air-dam on the bumper also seems to have been reworked for a sportier look.

The most remarkable change on the face of the new Innova, however, is on the headlights. The tear-drop style lamps with blacked out edges have been dropped for edgier, more swept back units, with three fin-like luminescent lines on the extreme edges adding some more character to the car. The ORVM gets integrated blinker, but the shape of the car on the sides remains unaltered.  At the rear, the shape remains exactly the same, except for the configurations of various lamps in the tail-lamp cluster. The test car in Indonesia also seems to be equipped with parking sensors.

While no pictures of the interiors are available, we know for a fact that the cabin volume is not going to be altered. However, the cabin will be thoroughly restyled and the engineers at Toyota will also work at a more flexible seating arrangement. Expect some Jazz-like wizardry in the upcoming version of even better space utilization. The space for the third row will also be improved.

You can discuss the new Innova in our Talks section