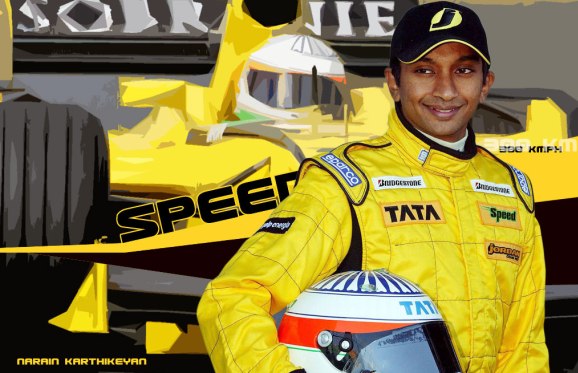 India’s first driver to race an F1 car is back at it again. Narain Karthikeyan will be racing with Hispania Racing Team (HRT in short). Narain last raced in F1 in 2005. He managed to win points in one of the races. After that stint in f1, Narain has been doing various things such as testing for Williams, racing in A1 GP and competing in NASCAR.

Narain’s signing by HRT was confirmed by an official statement from the team “It’s a great pleasure for us to have signed Narain Karthikeyan as our race driver for the 2011 Formula 1 World Championship,” Team Principal Colin Kolles comments.

Apart from Naraian, the other Indian F1 driver, Karun Chandhok may also be driving in the 2011 F1 season. While it’s not certain where Karun will go, rumours suggest that he’ll double up as a test and race driver for the team he drives for.