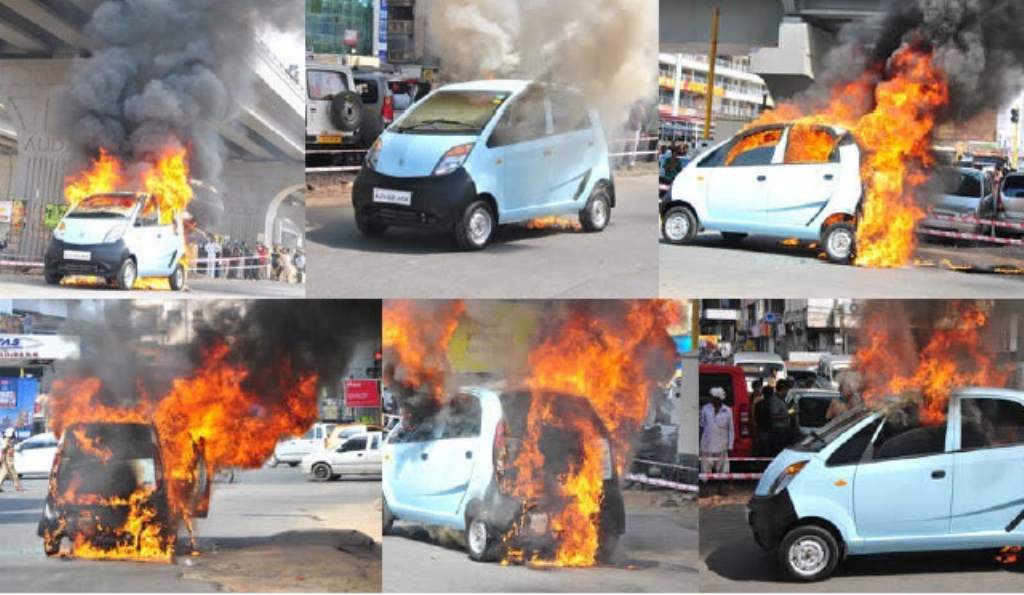 Just a few days back we reported about the Tata Nano which embraced fire  at the Shivranjani Crossroads owned by Mr Vipul Jani from Ahmedabad. After it became a huge issue in the media and people started questioning the credibility of Tata Motors on repated events of the Nano catching fire, the company gave a statement “Tata Motors reaffirms that the updations carried out on the Nano eliminates any possibility of the incident that occurred in an old Nano in Ahmedabad. As admitted by the owner there were certain unauthorized electrical fitments in the car which may be the cause of the incident. Tata Motors is investigating the incident. The company would like to re-iterate that the Tata Nano is a robust car”.

All that sounds good, except for the “after the updations carried out” bit. If the car is safe ‘after’ the updations, was it not safe before? We cannot help but smell a rat there.