A new set of spy pictures have caught a fully camouflaged, sub-compact SUV being tested along side the very popular Maruti Brezza. The temporary registration plates and the form of the vehicle suggest that it could be an all-new vehicle which has its roots in Korea. Could it be the Hyundai Carlino which was first showcased at the Auto Expo 2016 as a concept? Well most guesses would point towards that as Hyundai has no similarly priced competitor as of now to the likes of the Tata Nexon, the Maruti Brezza, and the upcoming Ssangyong tivoli based, Mahindra S201. 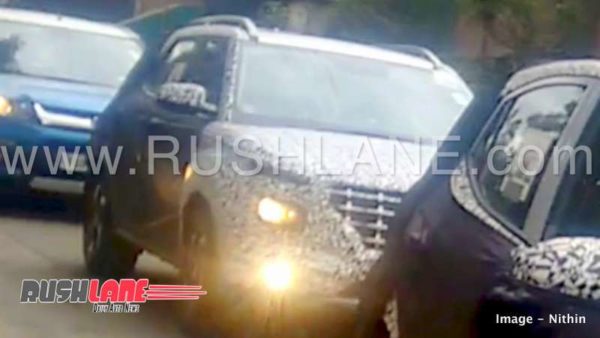 The looks suggest that the new compact SUV has a bold, upright face and a wide grille which does appear to be similar to Hyundai’s new cascading design which is a highlight on all their new cars. Headlights sit high up and at the very edge of the bonnet. Although, if you notice, there are fog lamps at the very bottom of the bumper, another source of light in the middle section, and what appears to be the main cluster at the very top. Could this be a setup similar to the Tata Harrier? We don’t know yet. 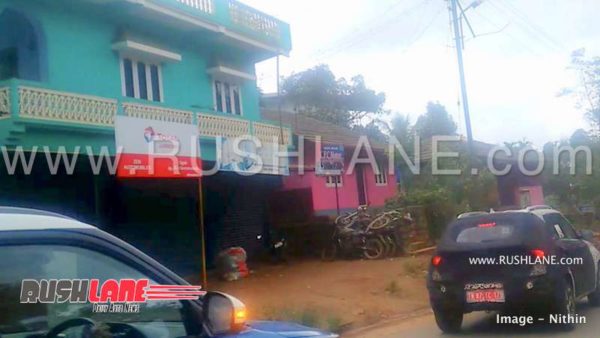 For the rest of the design though, not much can be said as it is covered under thick camouflage. However, the rear windscreen appears to be sharply raked and the A-pillar climbs up to the roof line in quite an angular fashion. Interestingly, another hatch wearing camouflage is also visible just ahead of the SUV – which we think could be the next-gen i10. 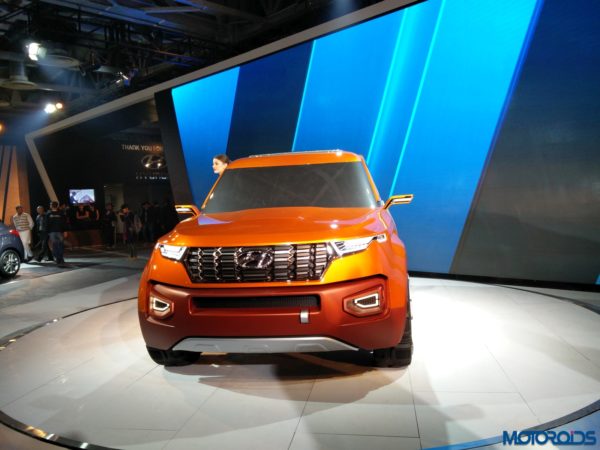 As for the compact SUV, since it is out testing on public roads already, expect a launch sometime next year and we believe this particular vehicle could borrow the same set of engines which power the Hyundai i20 Elite – a 1.4-litre diesel and a 1.2-litre petrol. Like all Hyundais, expect this one too to come packed with features, among which, many could be segment-first.