In a bid to make the roads of Mumbai a safer place, the Traffic Police department has announced a three week long campaign called “Street Smart – Street Safe”. The initiative gets Bollywood actor Suniel Shetty as its brand ambassador and along with Mandira Bedi, the initial week of the campaign will set its sights on decongesting the packed streets of the city.

Hopes are that this feat shall be achieved by encouraging Mumbaikars to use public transport as much as possible, along with carpooling. To bump start the latter and show their commitment towards the idea, CEO of Worldwide Media – Deepak Lamba, Managing Director of MEP Infra – Jayant Maheshkar and the Joint Commissioner Traffic – Milind Bharambe carpooled to and from the event. After the first week, the initiative will start focussing on traffic rules, women drivers’ safety, and noise pollution caused by excessive honking. 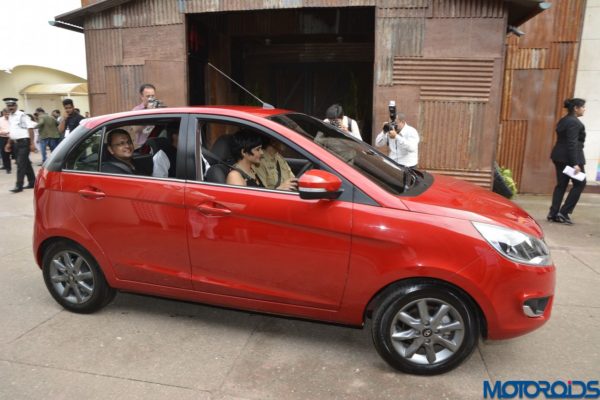 The event also saw the launch of Mumbai Traffic App that’s supported by Google Maps and warns users and drivers about heavily congested areas and suggests alternate routes. There’s also a one click Emergency Alert feature that will send information about your last known location to 3 pre-decided contacts. This feature is even more useful, keeping in mind the importance of making the roads safer for women drivers. In addition to the emergency alert feature, the app also contains traffic guidelines and rules, along with information about fines for different violations.

As a part of the “Street Smart – Street Safe” initiative, ‘Decongest Mumbai’ campaign will run from June 30 – July 4, followed by a ‘Women’s Safety Drive’ on July 8, 2015. ‘Traffic Angels’, an activity where school children and volunteers will form a human chain to guide pedestrians crossing the road, will be held on July 14. ‘Horn Not OK’ is another campaign which will work towards keeping a watch on the noise levels across Mumbai. This will be accomplished by installing decibel meters at key junctions and then monitoring the noise levels recorded. Various other activities and contests will be held across Mumbai for the duration of “Street Smart – Street Safe” initiative. The campaign will end on July 21, 2015 with an event that demonstrates the importance of obeying traffic laws.

Find more images from the “Street Smart – Street Safe” event in the gallery below.