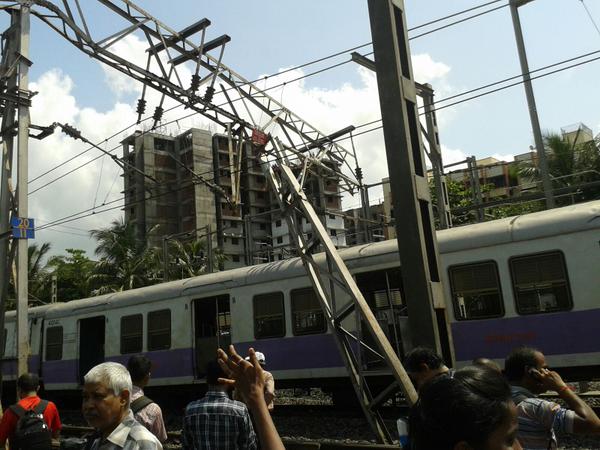 The lifeline of Mumbai, the local trains, came to a partial halt as seven coaches of a Churchgate bound fast train derailed between Andheri and Vile Parle station at approximately 11 AM on Tuesday morning. The incident disrupted the western railway’s train schedule in the financial capital. This is the second train derailment in Mumbai in a matter of 24-hours. There were no causalities reported from this incident.

The disruption in services, however, forced the commuters to opt for roadways to reach their destination causing serious traffic clog on the roads leading to South Mumbai. The BEST buses were also overcrowded post the incident and the government owned transport body is currently running 15 extra vehicles to ease commuting.

Previous evening, a Chhattrapati Shivaji Terminus (CST) bound local train also derailed on the Harbour Line of Central Railway just before reaching its destination leading to disruption of services during the peak hours. Harbour line services on both north and south bound locals were suspended between CST and Wadala Road Station due to the incident.   Here is the tweet from Central Railway:

Here are some more images from the incident: