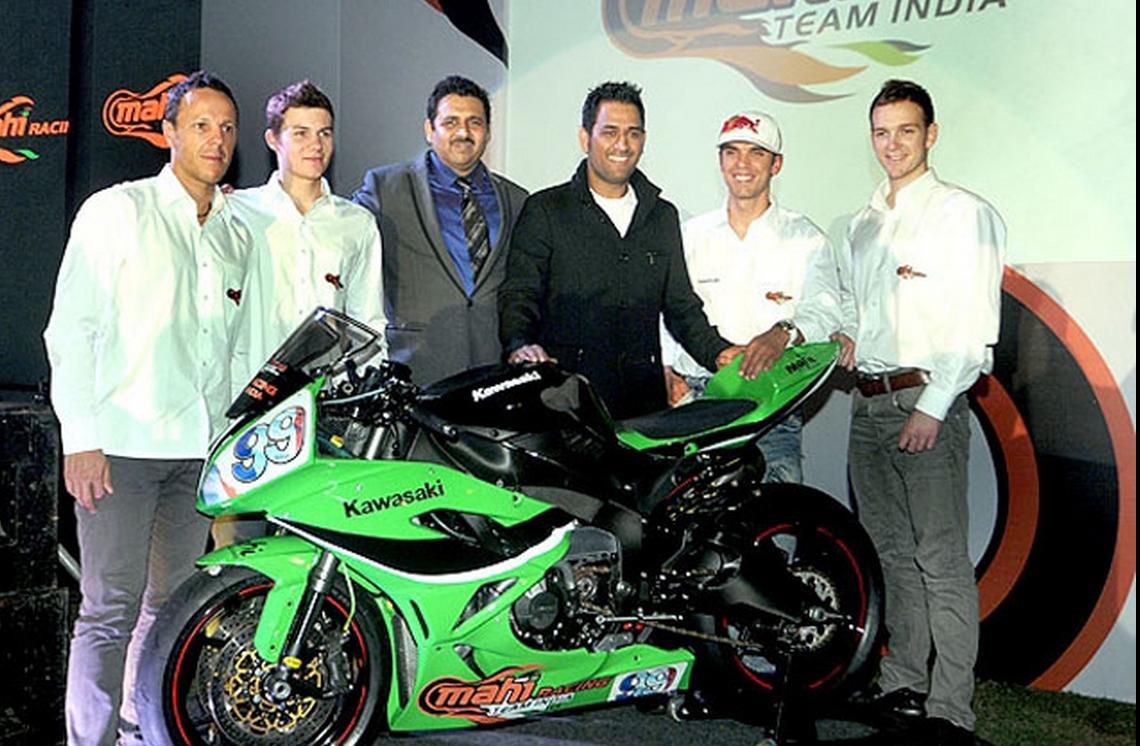 MS Dhoni signed up reigning World Supersport champion Kenan Sofuoglu for his racing team christened “Mahi Racing Team India”. MRT also signed up 2002 Supersport World Champion Fabien Fort as the second rider. The racing arsenal would be in the form of Kawasaki ZX-6Rs.Dhoni said, “This racing team is like a dream come true. I never expected or wanted to do anything like this. But the opportunity came up and I said let`s do something and bring this sport to India.” Also he mentioned the probability of his team making it to next year’s WSBK Championship which would be making its debut at the Buddh International Circuit.

From successful F1 events to the forthcoming WBSK and MotoGP races, the addition of MSD’s participation only hints at a brighter future of racing in India. We are hoping this wave brings us more Sarath Kumars and Narain Karthikeyans in the near future.