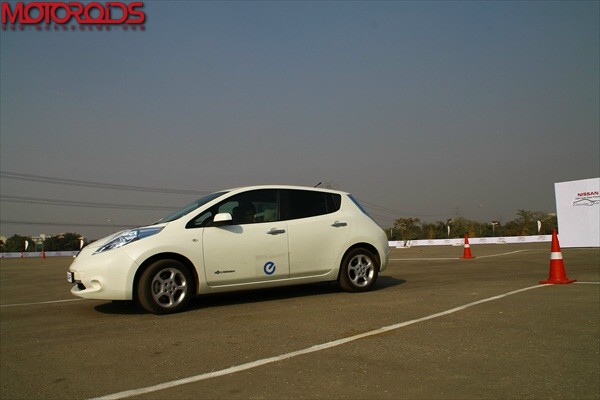 Japanese auto giant Nissan has sold more than 50000 units of LEAF, making it the top selling electronic vehicle in the world. EPA figures show that the LEAF has a range of 73 miles and the car has a fuel economy equivalent to about 99 miles per gallon.

While the car’s range is not even a patch on that of a conventional fossil fuel powered car, various quick charge stations have been installed in places such as malls and highway stops, increasing the practicality of the car. The quick charge stations allow the LEAF to get up to 80% charged in 30 minutes.

The Nissan LEAF is on sale in various countries across the globe. The LEAF has clocked a compbined mileage of 162 million miles and all the distance was travelled without producing any tailpipe pollution or greenhouse gas emissions. It is being said that a Japanese driver clocked 110,000 miles in his LEAF in just two years.

While Nissan has sold a lot of LEAF electric cars, Chevrolet Volt is fast catching up and might overtake LEAF in case Nissan is unable to sell the LEAF quickly.

CLICK HERE for our video review of Nissan LEAF