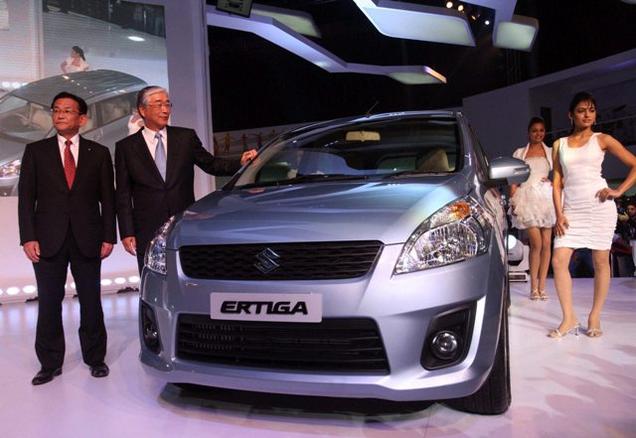 The Maruti Suzuki Ertiga is one of the largest selling cars in Maruti Suzuki’s portfolio. The mini MPV has been achieving phenomenal sales figures and commands a long waiting period in Indian car market. The Ertiga is also on sale in Indonesia and is exported from our shores.

Such is the demand for MPVs in Indonesia that the top 4 best selling cars in Indonesian car market are MPVs. The highest selling MPV in Indonesia has been Toyota Avanza, which is a compact MPV placed below the Innova. Toyota sold 17471 units of Avenza MPV in January. That forms a large chunk of total 96,704 cars that were sold in Indonesia in January.

The second largest selling car in Indonesia is the Toyota Innova, which sold 7,383 units in January. The Daihatsu Xenia, a rebadged Avanza, took the third place with selling 5,905 units.

Meanwhile, Mazda has already started taking bookings of the VX-1, a rebadged Ertiga which has good chances of having a good show in Indonesia.