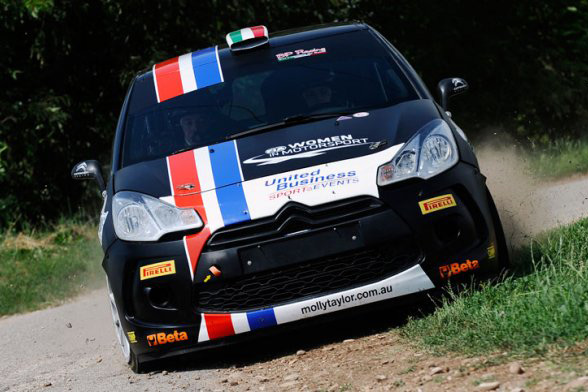 Next weekend Molly Taylor and Seb Marshall, with the DS3 R3T in the United Business livery followed by BP Racing, will tackle the fast special stages of the great race of Jyvaskyla, where in 2011 at their debut they finished in ninth place among the crews taking part in the WRC Academy. Molly Taylor said: “I am delighted to have the opportunity to return to the stages of Rally Finland, and I am working with the team to increase my feeling with the car. We will do a test before the race and I hope to get a good result to thank everybody at United Business and BP Racing for their efforts”.

After this race, United Business together with BP Racing and Molly Taylor will decide whether to contest Rally Deutschland or another World Rally Championship event. Neste Rally Finland will start from Jyvaskyla on Thursday, August 2nd  at 13:30 and will end on Saturday 4th  at 21:00 in Jyvaskyla after 1,625 km, of which 303 timed divided into 18 special stages.