Under-seat exhaust pipes used to be all the rage a few years ago and then, like a trend, they just vanished. Of all things though, what took fancy to that era and got something similar for itself is a Hero Splendor. With its matte olive paint and a single seat, it has been made to look like a cafe racer which does remind us of the original. Remember the Splendor Pro Classic? 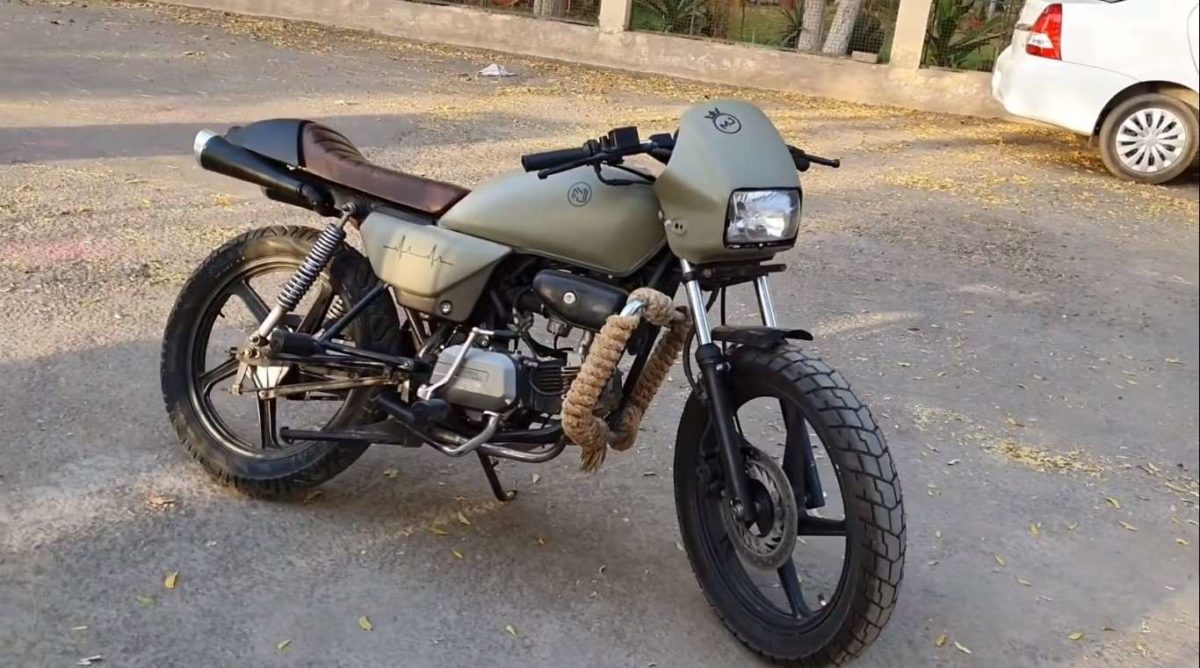 Since it is a basic motorcycle, not much has been changed and it took some backyard fabrication to get those twin pipes installed. But the end result looks pretty neat for what appears to be a DIY job. Other than that, there’s a front disc brake and a lot of jute has been wrapped around the crash guard. We’d like to think it’s for cosmetic reasons. 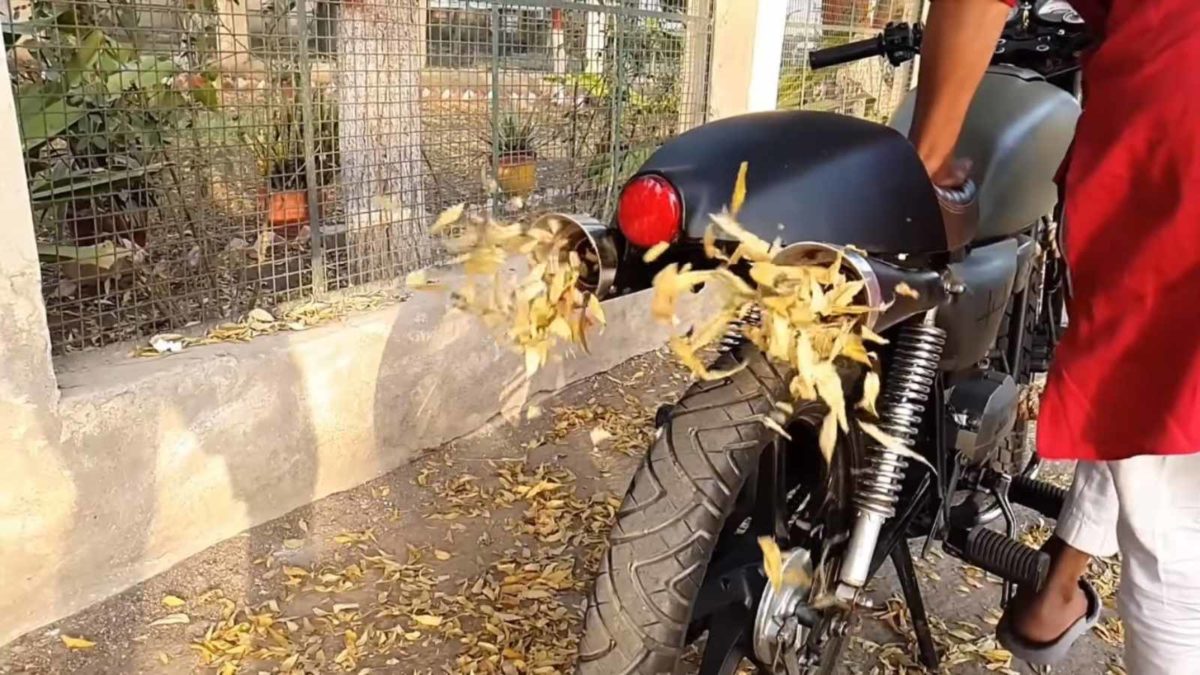 Taking about Hero Motocorp, like us, you’d be glad to know that the bike maker is finally going to launch the Hero Xpulse 200 and the Xpule 200T on the 1st of May, 2019. These two much-awaited bikes could be accompanied with a fully-faired version of the Xtreme 200R. Previewed a long time back, the Xpulse 200 will be an on/off-roader, while the 200T will be a road-spec tourer. Both motorcycles will share the motor which powers the Xtreme 200R and cranks out 18.4 PS of power and 17.1 Nm of torque. For its application in these new bikes though, the motor could run a different state-of-tune. 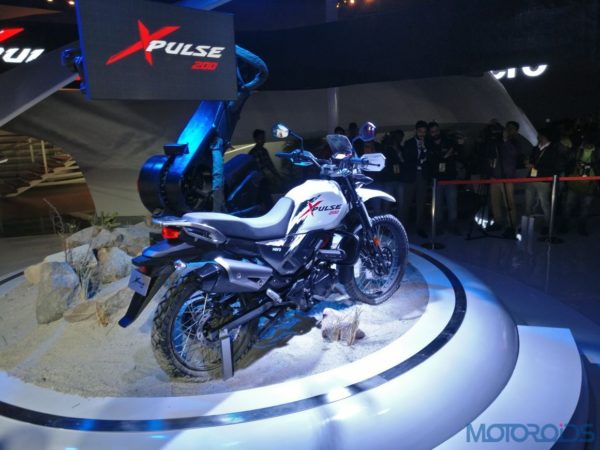 The Xpulse 200 will be equipped with 21-inch rubber up front on spoke-type wheels, with 190 mm of fork travel. The XPulse 200T will get the same design as the XPulse 200, but will be a more street friendly bike, and will get street-spec tyres on 17-inch wheels. All three motorcycles will feature an all-digital display, LED illumination and will be priced in the INR 1 lakh – 1.20 lakh price bracket. The XPulse 200 will take the crown as India’s most affordable adventure motorcycle, which the Royal Enfield Himalayan held to for a long time. We’ll bring you more updates and a proper review of the new bikes shortly. Stay tuned for the latest from the auto world.