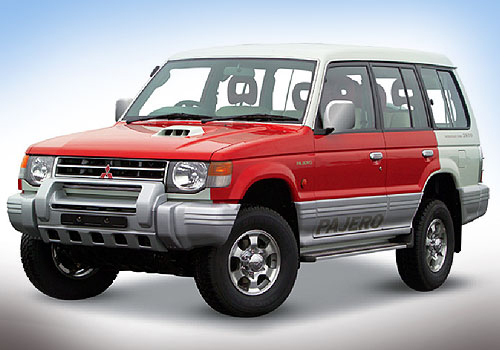 We had first reported about the Japanese car maker Mitsubishi’s plans of axing the production of the Pajero soon before it introduced the Challenger Pajero Sport in India. It may be noted that until a few years ago, we had two generations of Pajeros being sold in India. Come to think of it, we still have two Pajeros being sold. The difference is that earlier, both were branded as Pajero and now the newer generation has been christened as the Montero. The generation that is still being sold as the Pajero dates back to 1991 and is the second generation of the Pajero SUVs (Montero being the third). Anyway, as we earlier said, the carmaker, which is fast getting aggressive in India, wants to discard the Pajero SFX to give the 2012 Pajero Sports a better chance in the market, as the old one is more popular than the new comer and has a good possibility of eating into the sales of the new model.

It is being said that discontinuing the Pajero SFX, which by the way is as old as dinosaurs, will give the Pajero Sport a better shot at capturing the market. Also, there are plans of Mitsubishi to locally assemble the rebadged Challenger and hence price it aggressively. As is known, the Pajero Sport is light years younger than the Grandpa age Pajero SFX. The old Pajero hardly sells anywhere else in the world and it is high time we bid goodbye to the car. It will be an understatement to say that the car has been long in the tooth now and new age products are the way forward for Mitsubishi. News is doing rounds that the Pajero SFX might be discontinued as soon as before October this year and frankly, we are not going to shed even a single tear on the demise of this vehicle. All we can do is to pray that it’s soul rests in peace.