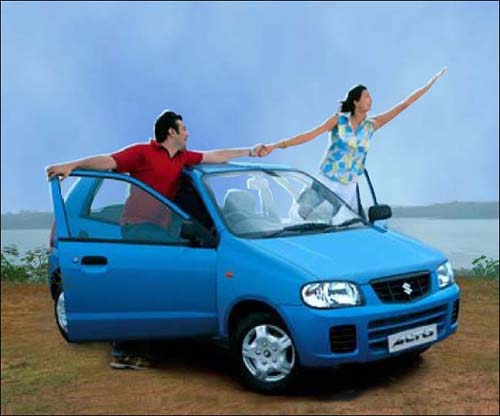 Country’s leading car maker Maruti Suzuki Indian Ltd. (MSIL) has decided to cease producing some of the petrol engined car models due to rapidly declining sales. The list of such cars include the manufacturer’s bread and butter model, Alto.

“Petrol car sales are very low in these days as the market sentiment is down … We do not believe in creating excess stock. So, we adjust our production accordingly,” Maruti Suzuki India (MSI) Managing Executive Officer (Marketing and Sales) Mayank Pareek said.

Other cars which are not being manufactured currently are- M800, A-Star, Estilo and Omni. Production of all these models have been put on hold for three days in order to avoid excess inventories.

“Normally we have inventories for three weeks. However, for petrol models, it is now around four and a half weeks,” Pareek added.

It may be noted that petrol price was recently hiked by almost INR 8 and only after a big uproar was the price of gasoline was reduced a bit by INR 1.6. This development has meant that the sales of petrol cars, which were already heading south, have taken a further hit. MSIL described the hike as a “disaster”.

“This will further increase the skew between petrol and diesel vehicle demand, which is already very wide. This will severely affect the sales of entry level cars, which are mainly petrol driven,” Pareek had said.