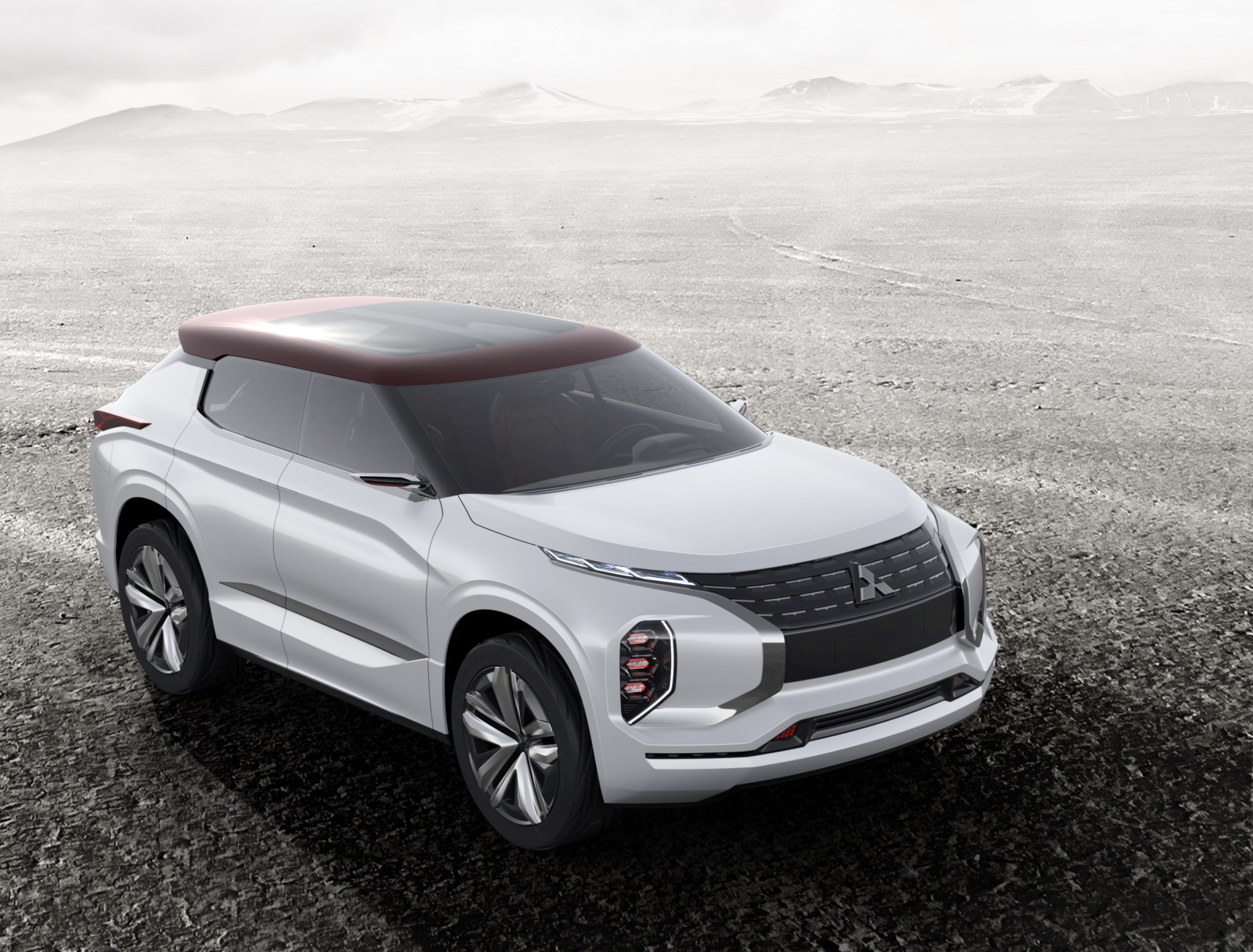 Upfront is MMC’s Dynamic Shield design concept that portrays the front end’s function of protecting both people and the car. From the side, the Mitsubishi GT-PHEV Concept uses horizontal lines to convey its high-end SUV styling and vehicle stability. The body is clothed in classy styling that flourishes sculptured dynamism highlighted by precise detailing. 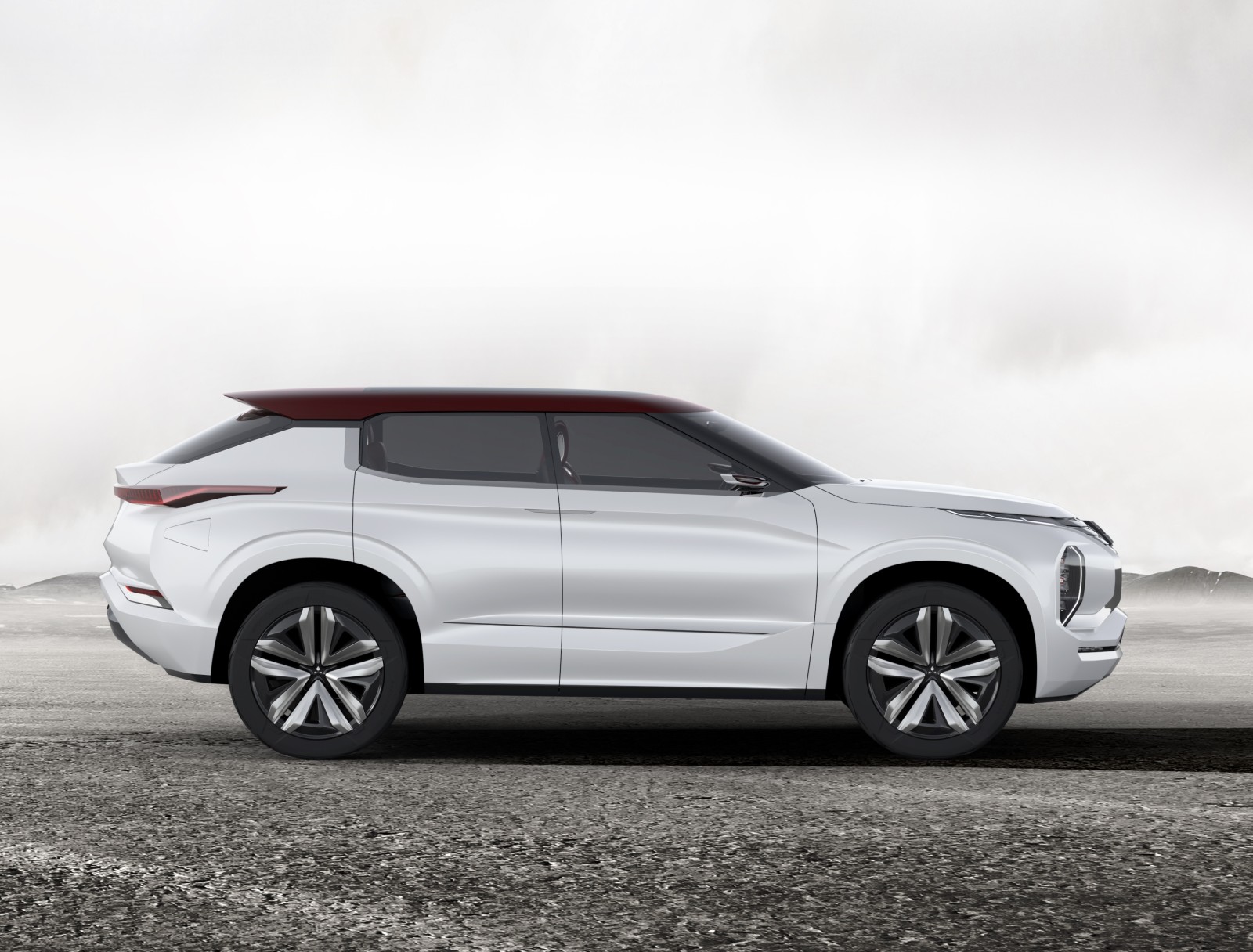 Inside, the Mitsubishi GT-PHEV Concept uses a horizontal dashboard that creates a spacious ambiance, designed to make it easier for the driver to sense changes in vehicle attitude. Together with an instrument panel with a high center console, the cockpit-like interior wraps around its people, providing a sense of solace and security. Interiors gets Burgundy genuine leather trim, color coordinated with the exterior roof color.

On the technology front, MMC’s advanced triple-motor PHEV system delivers superior motive performance to empower drivers of any skill level to confidently follow new paths as they like through a multitude of different weather and road surface conditions, for an enjoyable and rewarding driving experience. This PHEV system comprises a next-generation high-capacity drive battery package, three high-output and high-efficiency motors and an engine designed especially for the PHEV system featuring improved electricity generation performance and motive performance. 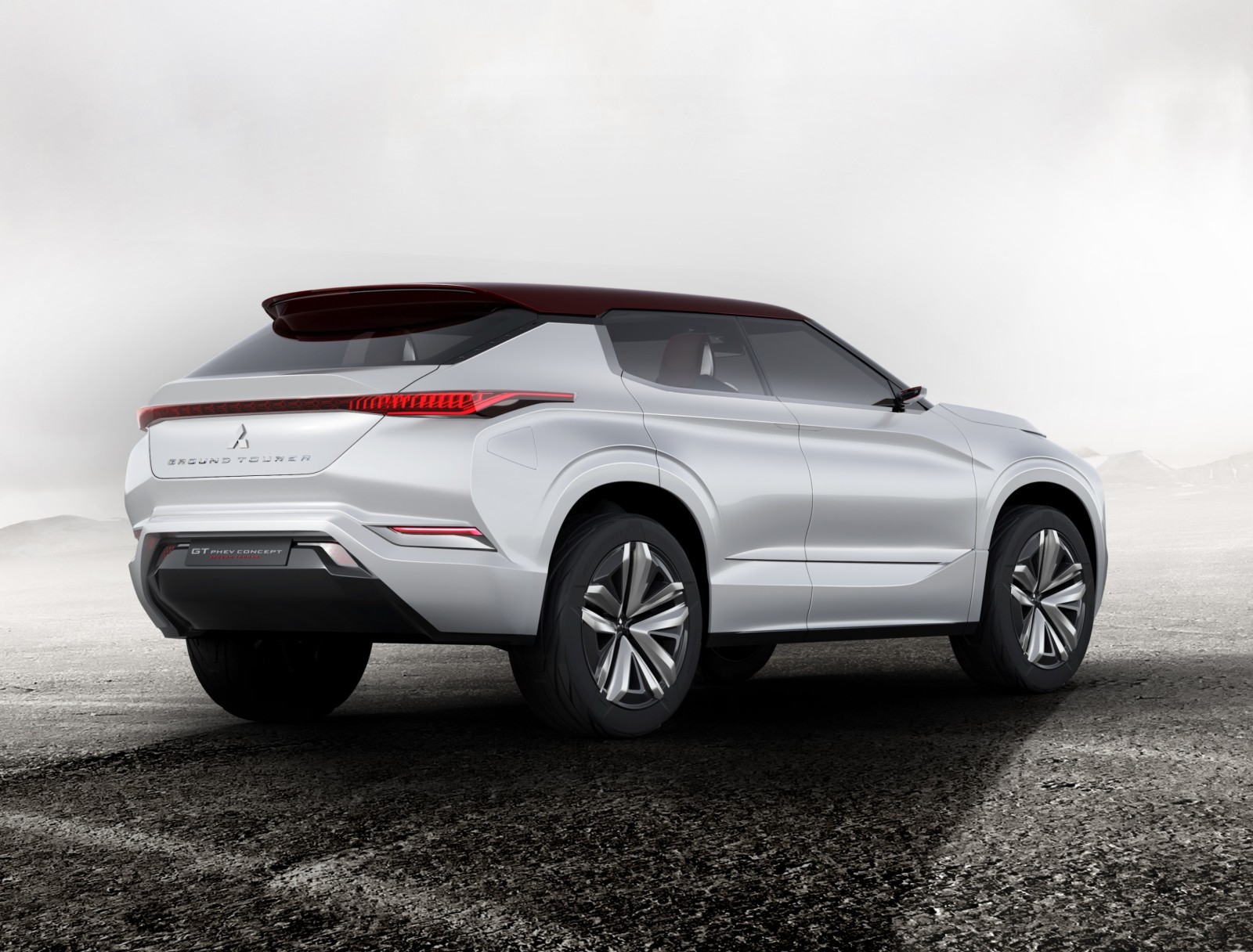 This combination is claimed to deliver the punchy performance ideal for a “ground tourer” and makes for comfortable driving on longer trips as well with an electric-only range of 120 km and a combined hybrid cruising range of over 1,200 km. The triple-motor powertrain, with one unit at the front and two at the rear, delivers a dramatic improvement in the performance of its full-time four-wheel drive powertrain and MMC’s own Super All Wheel Control (S-AWC) integrated vehicle dynamics control system, bringing new levels of handling stability.

Alongside the Mitsubishi GT-PHEV Concept at the MMC booth will be the Mitsubishi eX Concept, a compact SUV powered by a next-generation EV system, and 2017 model year European market versions of the Outlander and Outlander PHEV – all being shown for the first time. The Outlander features a new floor console and improved interior trim quality as well as MMC’s Forward Collision Mitigation System, now with a function to detect pedestrians, Blind Spot Warning and other advanced active safety systems. The Outlander PHEV adopts an EV Priority Mode that gives greater priority to all-electric operation as well as the same advanced active safety systems as the Outlander.