Back in May 2016, we reported about the 750cc Benelli naked roadster which was reportedly scheduled to be unveiled in 2017. It seems that the Chinese owned Italian motorcycle brand is right on schedule to unveil the new model. Photographs of the upcoming 750cc roadster in production ready form were recently snapped at a Benelli outlet. While there is no official statement about the launch, we expect to see the motorcycle being unveiled in the coming weeks.

Codenamed BJ750GS, the new motorcycle will most likely debut with an all new 750cc parallel twin-motor with dual overhead camshaft. There is no confirmation about the performance numbers yet but it is rumoured that the motor will deliver around 100 bhp of power – filling the gap between TNT600i and the TNT899. This engine may also make way to a wide range of motorcycles too. 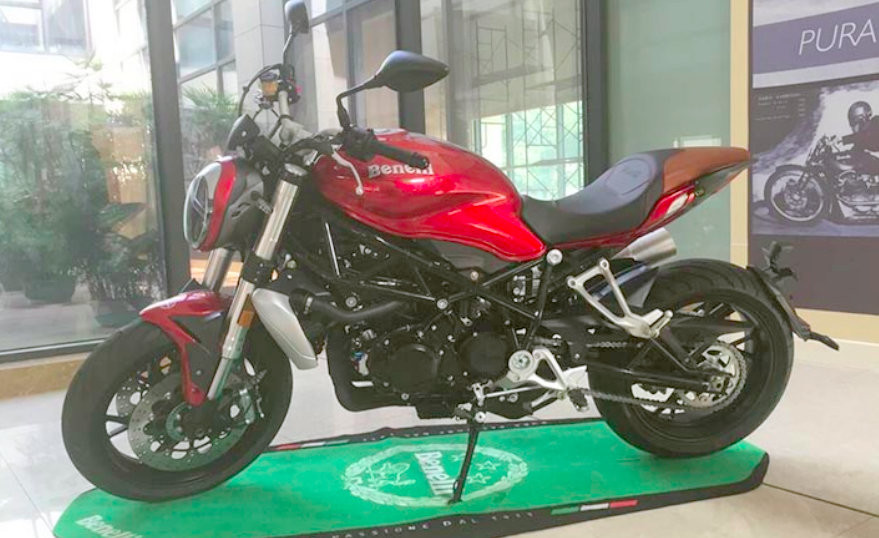 The motorcycle, as reported earlier, is built around a trellis frame. The twin-tube swingarm reminds us of the unit that we’ve already seen on the TRK 502 adventure motorcycle. One of the highlight is the exhaust position which, unlike the bigger TNT’s under-seat unit, is a single-sided unit. It is, however, slightly high-raised than a conventional design. Other features include upside down telescopic forks upfront and twin projector headlights. Braking duties would be provided by dual discs upfront and a single disc at the rear.

The overall design looks neat and simple. However, we just could not eliminate the Ducati Monster family from our minds while observing the motorcycle. We hope to hear more official details in the coming weeks and we’d keep you posted about all the latest updates as and when they arrive. Meanwhile, let us know your views about this upcoming middleweight Benelli through the comments section below.