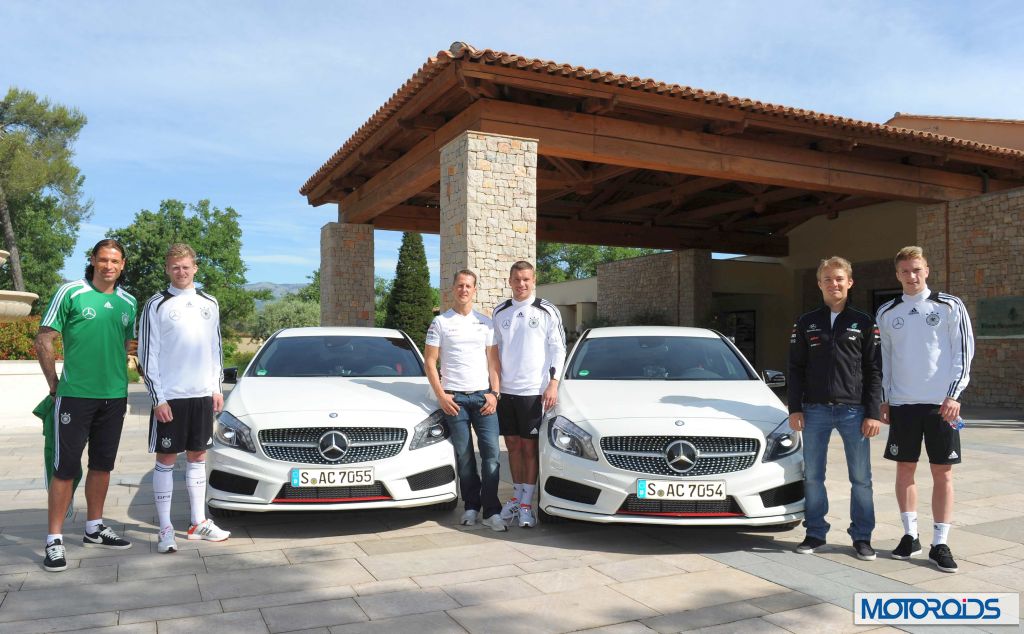 Mercedes-Benz is betting big on its upcoming A-class to generate volumes in the entry level luxury segments. The new model would be critical for high growth markets like India. In a promotional activity related to the highly anticipated model, MB recently took the new hatch to German national football team’s training camp in Tourrettes. F1 drivers Michael Schumacher and Nico Rosberg drove to the venue in two brand new Mercedes-Benz A-Class cars. The duo drove the football team members around to complete a 18-kilometre tour of the Haute-Provence with the two drivers.

The new A-Class  is quite sporty and bold in appearance, and if the driver duo from Merc are to be believed, is a hoot to drive too. Interestingly, some of the features found in the S-Class are now available in the A-Class. 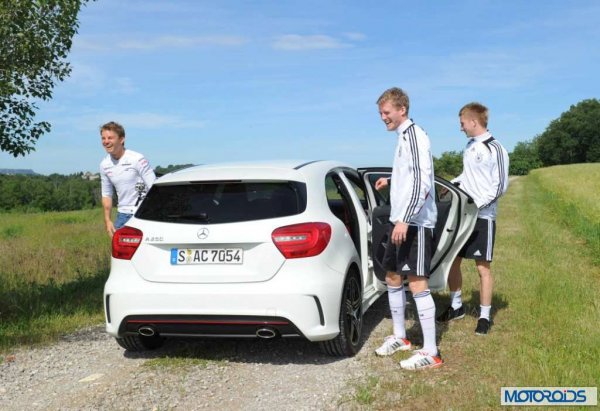 The A-Class is expected to borrow its engines from the B-Class, which too is coming to us. The engine options will have as many as five gasoline motors on offer with power rating ranging from 109 PS to 204 PS along with having four efficient oil burners ranging from 122 PS to 204 PS. Our sources also say that a sporty 3 door version of this car should hit the market next year. The AMG version of the A-Class should feature an all-wheel drive system with a whopping 300hp of power.

“The A-Class with its sporty handling is perfect for twisty roads like this, and we showed the guys just what the car can do,” said a delighted Nico Rosberg

The new A-Class will be seen battling it out against the BMW 1-series and Audi A3.