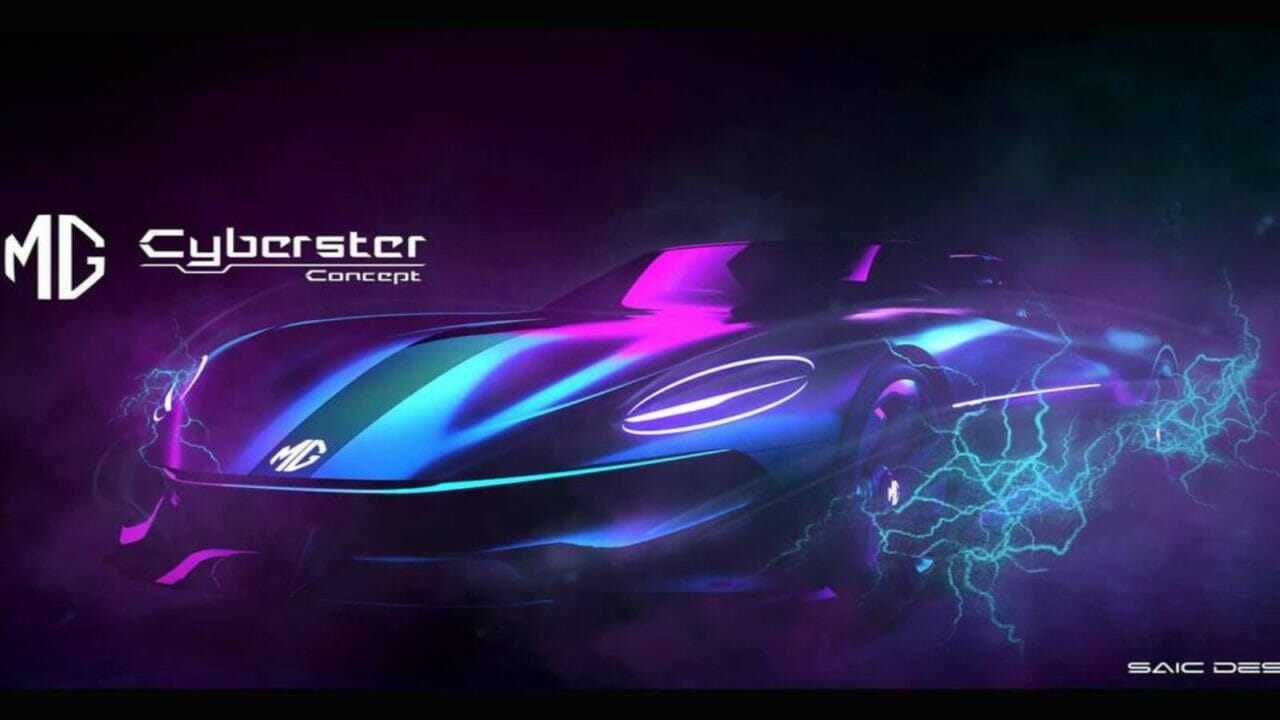 MG has released images and limited details of a new electric sports car concept called the Cyberster. Digital renderings of MG Cyberster two-door convertible electric sports car concept have been released online. The images have been posted by  MG Motor UK’s Chinese parent firm, SAIC. The images appear to be artistic renderings and suggest that the Cyberster Concept might be at a nascent stage. 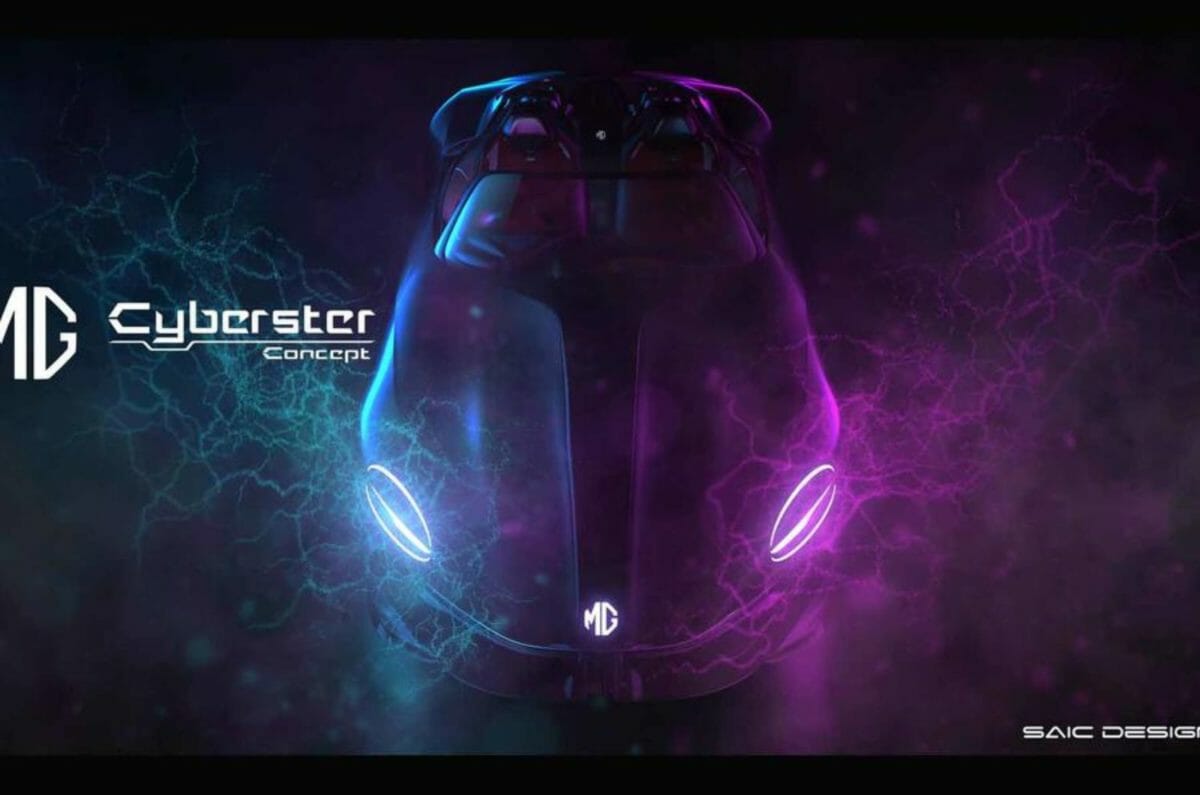 Key features evident from the images include a long bonnet, a sharply raked rear end and illuminated MG badges. The car bears no resemblance to the last roadster the brand produced, the MG TF. Thanks to the electric pòwertrain, the designers were able to make the front fascia as low as possible, thereby gaining track car-like aerodynamic advantage. The flush-fitted almond-shaped LED headlamps, illuminated MG logo, massive air-intakes and a black racing stripe define the front fascia. 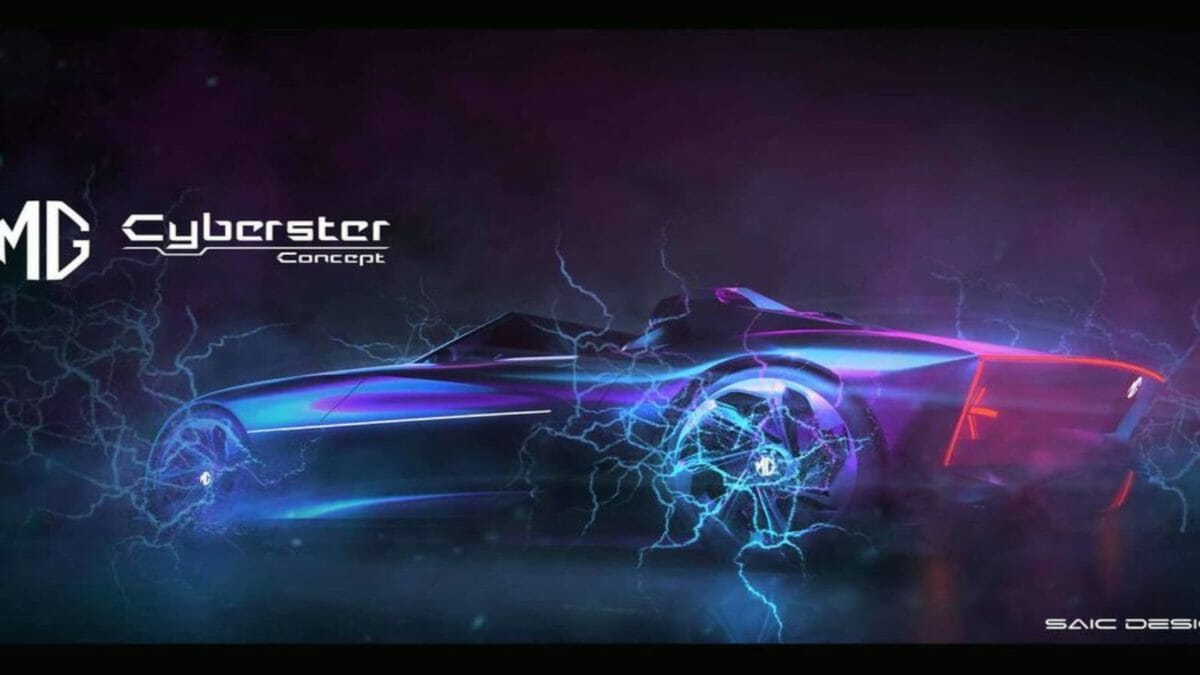 MG hasn’t exactly cashed-in on its sportscar heritage, and instead of delivering rivals to the E-Type and 250 GT, it has concentrated on budget cars and SUVs. But the apparent success of the electric MG ZS SUV looks to have spurred MG on to deliver the prospect of a new electric roadster with the reveal of the MG Cyberster, although the final product might nothing be like the images.

The streamlined shape has been very well integrated in profile as well. Interior design is still under wraps but we can see sports bucket seats with integrated roll hoops and unmissable air intakes just behind them. While the front is smooth and curvy, the rear fascia is edgy with illuminated outlines and arrow-shaped turn indicators.

There have been no specific details as to whether the concept will enter production or not, but the Cyberster Concept is said to feature 5G connectivity technology and Level 3 autonomous driving features. We also don’t know what powers the concept as yet in terms of its electric powertrain. However, to call a long shot, it might be powered by an AC induction motor at each wheel with a high capacity lithium-ion battery pack.

The idea of MG rebooting its historically successful two-seat roadster format has long been mooted. In 2017, the brand showed off the E-Motion concept, an electric four-seat sports coupé that was supposed to enter production this year. Rumours say this has been pushed back to 2021, but it’s not truly clear whether the production-intent remains.

MG Motors is aiming to establish its presence in several competitive markets across the globe with India as one of its primary targets. Currently, MG is lining up its upcoming launches in India this year. First of them will be the three-row version of the Hector SUV, Hector Plus, which is supposed to launch sometime around the middle of the year. The second launch will be the full-size SUV, MG Gloster, which is scheduled to arrive at the end of the year.