Marking its debut in the Indian market, MG Motor is all set to launch their Hector SUV on the 27th of June. The car has already been unveiled but the pricing of the car will be out on the same date. To be offered in 4 variants, starting with the entry-level Style followed by Super, Smart and Sharp, the Hector will come with 3 engine options. Pre-bookings of the car are currently open across 120 centres of the brand as well as online, on the official MG website. Expect a price tag of between INR 13 Lakh to INR 19 Lakh when the car is launched later this month.

Tested for more than one million kilometres on our roads, the Hector has been built to withstand extreme road conditions. The car would be offered with a 1.5-litre turbocharged petrol engine delivers 143 PS power at a peak torque of 250 Nm and will be available in both manual and automatic transmissions. Its 2.0-litre turbocharged diesel engine will deliver 170 PS at a peak torque of 350 Nm. Moreover, the car will also offer a 48 volt, mild hybrid system. This system would use a 48-volt lithium-ion battery to store energy and provide extra torque assistance of up to 20 Nm when required, paired with the petrol motor. Further electronic systems – Engine Auto Start-Stop, Regenerative Braking and E-Boost – ensures a great driving experience while reducing emissions by up to 12%. 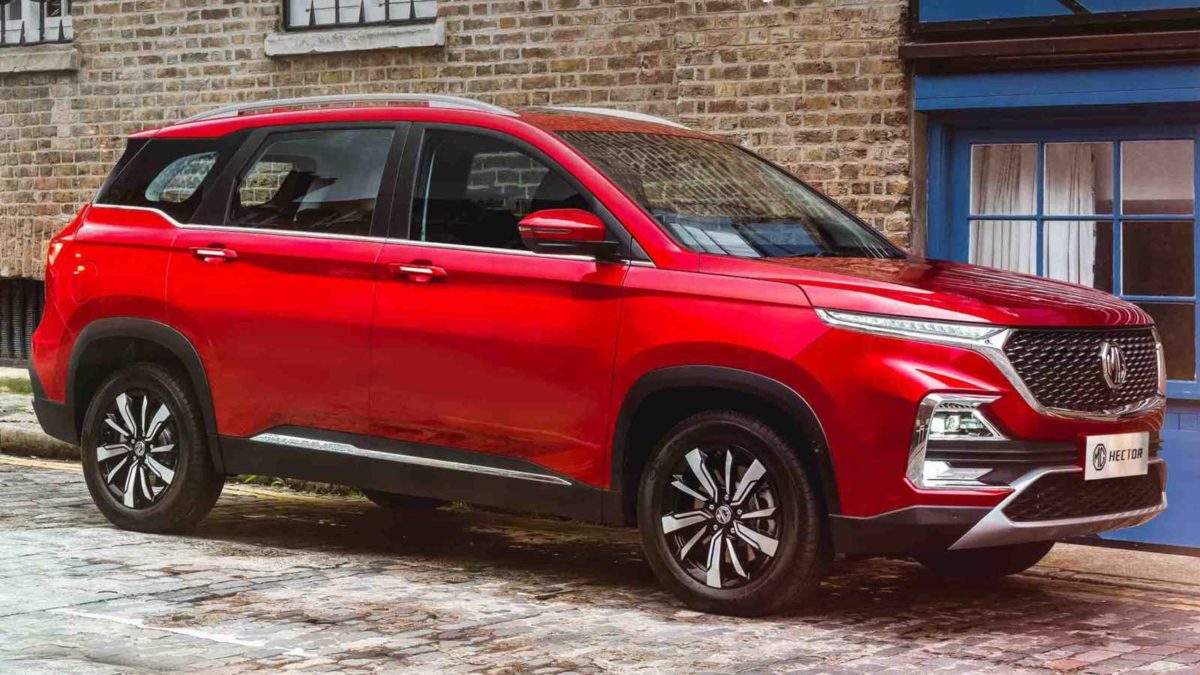 Other features on offer with this SUV include the connected iSmart system, which provides a host of features, working in conjunction with a built-in eSim card. This smart technology will be controlled by a 10.4-inch touchscreen which is placed vertically, just like your phone. This screen will also be responsible for controlling every function of the car including climate control, sunroof operation and more. Apart from touch, the screen can also be controlled by voice commands which are powered by a self-learning algorithm. Also features like a powered tailgate, panoramic sunroof, infinity sourced speakers, cruise control, cooled glovebox and much more. To know more about this SUV, do watch our detailed, in-depth review of the same which is linked below.