We reported last week about the updates received by Mercedes’ 2015 CLS in form of 9G-Tronic transmission and new generation, intelligent headlights. Now, Mercedes has released the first details about the 2015 CLS and CLS Shooting Brake.

The 2015 facelift variants would witness Mercedes’ LED Multi-Beam headlamps which feature 36 LED bulbs per headlamp, 24 of which move independently distributing light according to the road conditions. Windshield comes equipped with two stereo cameras which provides inputs to an electronic control module that actuates the bulbs. The 24 individually-controlled LEDs are adjusted a 100 times per second using a camera and four control units. 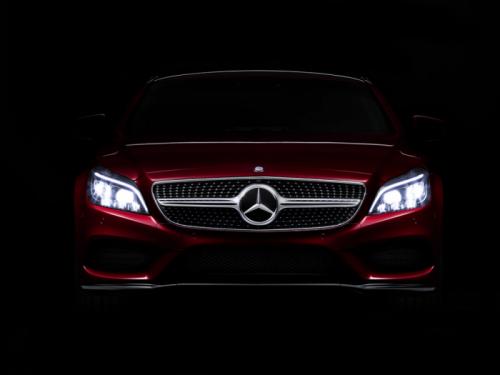 According to Mercedes R&D boss Dr Thomas Weber, “With Multibeam LED technology the headlamps now are able to react even more quickly, more precisely and individually to changing traffic conditions. On top of this, there are expanded functions of which a driver will become directly aware, such as anticipatory camera-based curve recognition with the active light function. With such features Mercedes-Benz once again is demonstrating its role as an innovation leader in the automobile industry.” 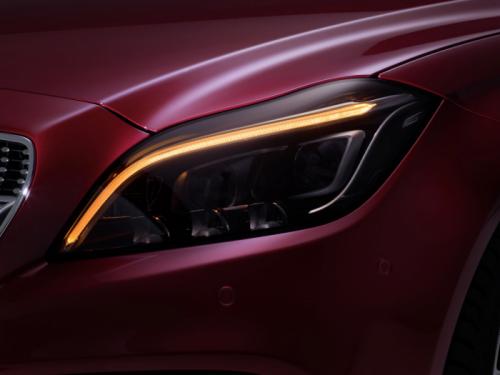 The Mercedes CLS is scheduled for a premier at the Goodwood Festival Of Speed on 27th of June. The new CLS would get the 9G-Tronic transmission that has been tested out on E-Class’s entire engine line up. The upgraded gearbox is expected to give the CLS marginally improved acceleration along with better fuel economy.