Mercedes-Benz has unveiled the new G Wagon today in India for a price of Rs. 2.19 crore (ex-showroom India). This tough new SUV has been built from scratch and features a new stiffer, stronger ladder frame chassis, It also still manages to retain its iconic brick-like shape which hasn’t changed from 1979 when it was first introduced.  The new G-Wagon still retains design cues like the exposed door hinges, bonnet mounted indicator lights and a rear mounted spare wheel. 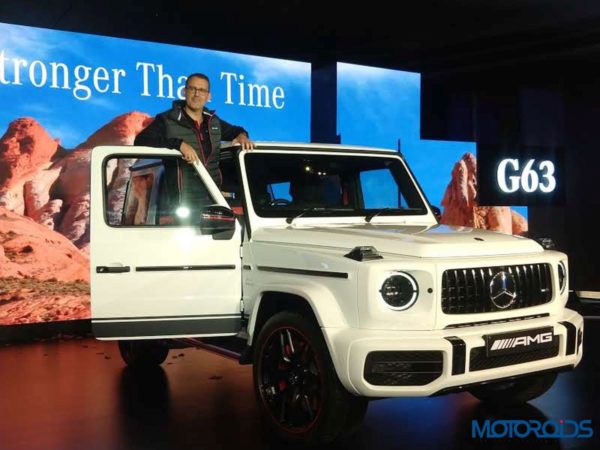 The model that we are getting here in India is the brutish G 63 AMG which gets the same 4-litre bi-turbo V8 engine that is found in other AMG cars like the AMG GTR and the new E 63 S. This motor has been tuned to produce 577 bhp of power and a massive 850 Nm of torque. It is also mated to a 9-speed G-Tronic transmission, while top speed has been electronically limited to 220 km/hr. 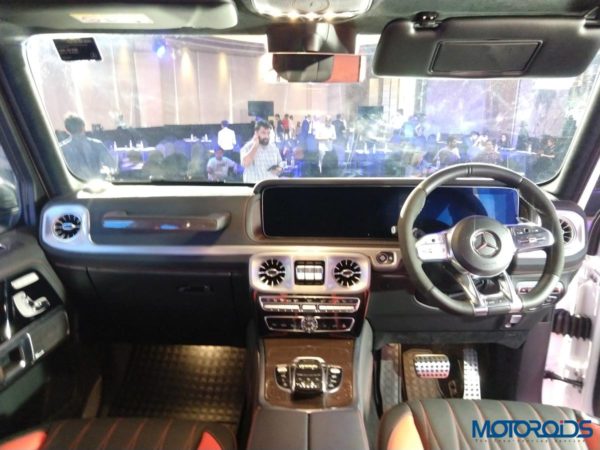 Also new is the updated all-wheel-drive system that has now been programmed to send up-to 60% of power to the rear wheels, this system also works in harmony with the adaptive dampers which modulates each corner of the car individually to give the drivetrain maximum grip as possible. Mercedes-Benz has also given this brute a number of safety features such as lane guidance, adaptive cruise control and AEB (Autonomous Emergency Braking), in fact, Mercedes-Benz is so confident about its off-road skills that they haven’t even given this SUV the typical Hill Decent control system, cause it literally doesn’t need it. However, you still get three locking differentials with a low range gearbox to take you out of sticky situations off-road. 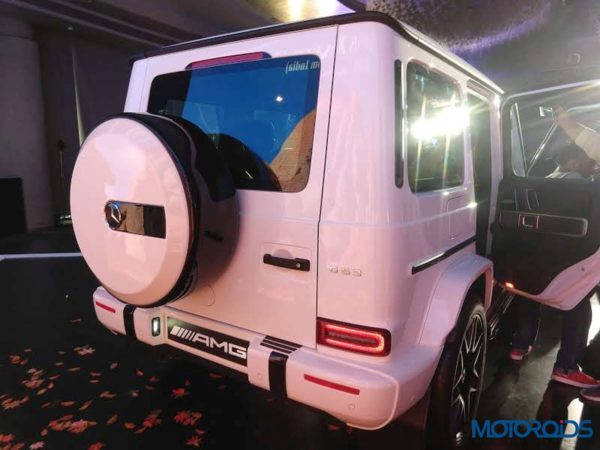 The new generation G-Wagon SUV is now longer, wider and taller than the model it is replacing which means now there is even more space on offer in the inside, Mercedes-Benz also claims only five parts have made the transition from the old G-Wagon to the new, parts like the headlight washer, tow hook and the sun visor etc are some of such parts. 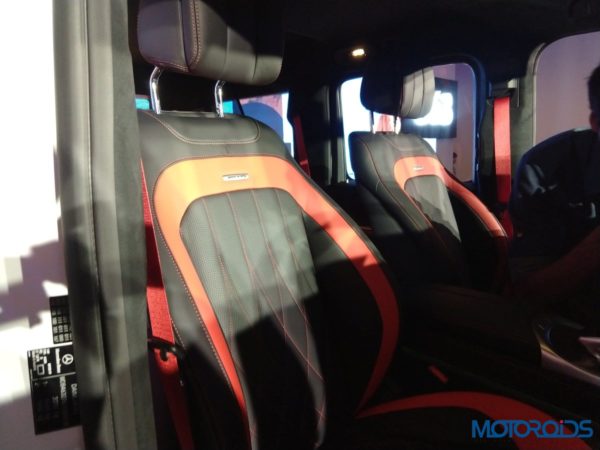 The interior also is now revamped which feels much more luxurious than before, taking most of its cues from the S-Class like most Mercedes cars these days. However, space has been limited to just five passengers including the driver.  The driver gets a chunky steering wheel with touch-sensitive buttons that are also seen on the S class & E class sedans. Just like the S class, you get two wide display digital screens, one for the infotainment and one for the instrument console.