Mercedes-Benz India has launched the most versatile E-Class of all time and its called the E-Class All Terrain. The All Terrain looks exactly like a standard E-Class except the station wagon design approach, it also gets a honeycomb grille along with twin brushed silver slats, roof rails, a redesigned front bumper, black body panels on the wheel arches & sides and a chrome-tipped exhaust. It comes equipped with a familiar four-cylinder diesel motor that makes 194 bhp of power and 400 Nm of torque, it is also now BS VI compliant and has a 4MATIC all-wheel drive system. 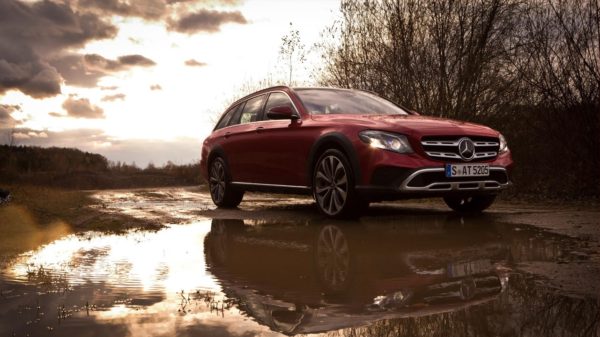 It comes equipped with an All Terrain transmission mode which is inspired by its GLE range which offers better off-road ability. It comes with an Airbody Control suspension configuration for better comfort along with larger 19-inch wheels (Optional 20-inch Wheels) that have higher sidewalls for increased ride quality through bad roads. The new All Terrain has a 35 mm increase in ride height to help tackle tougher terrain, it also comes equipped with extra body cladding for protection. 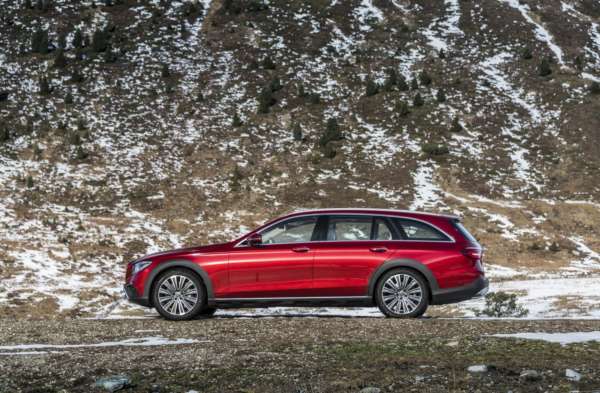 It’ll go toe to toe against the Volvo V90 Cross Country which is another rugged luxury station wagon. On the interior the All Terrain gets the same equipment as the standard E-Class like a panoramic roof, Mercedes’s COMAND infotainment system and ambient lightings. However, it misses out on some functions like pillow headrests and seat recline function. The boot size has gone up to a 640-litre boot which can be further increased to 1,820-litres once the rear seat is folded down. Mercedes-Benz claim the E-Class All Terrain can do 0-100 km/he in just 8 seconds with a top speed of 232 km/hr, it also has five driving modes to chose from.